US oil majors unprepared for existential challenge of energy transition 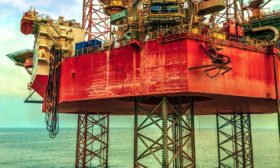 "Very few parts of fossil fuel producers’ business models will be left unshaken by the energy transition. European leaders like Eni and BP are responding with an increasingly joined-up approach but for Exxon and others the only consistency is how completely they shy away from decarbonisation.” Said Andrew Grant, Carbon Tracker Head of Climate, Energy & Industry Research and report co-author.

“A growing number of oil and gas producers have recognised the fundamental impact the energy transition will have on their core business models and are setting climate targets, lowering price forecasts and writing down assets. However, there is a long way to go before they can be viewed as aligned with the Paris Agreement and the risk of stranded assets is still very real.” Said Mike Coffin, Senior Analyst and report co-author.

LONDON/NEW YORK, October 09 – The energy transition to a net zero carbon world is an existential challenge for oil and gas majors but US companies are lagging way behind their European rivals in adapting their businesses, finds a report from Carbon Tracker released today.

It reveals that most European companies are starting to take a more holistic view of the energy transition. They have made a string of recent transition plan announcements, cutting assumptions about the future oil price and setting increasingly ambitious climate targets, and this is reflected in more conservative project portfolios. US companies lag behind on all three measures.

ExxonMobil is one of the least well prepared companies: 80% or more of its business as usual project portfolio would not be competitive if climate change is limited to 1.6°C and it has the weakest climate targets. Eni and BP are amongst the best prepared companies but up to 50% and 60% of their respective portfolios risk becoming stranded assets and losing value if they are developed.

The report Fault Lines: how diverging oil and gas company strategies link to stranded asset risk warns that fossil fuel demand will have to fall to meet climate targets and only the lowest cost projects will deliver returns. “The energy transition is an existential challenge that goes right to the heart of business strategy and hence requires a joined-up approach,” it says.

However, most of the oil majors have continued to approve investments in projects inconsistent with the Paris Agreement goal of keeping global warming “well below” 2°C and pursuing efforts to limit it to 1.5°C.  The report identifies 15 projects approved in 2019 worth $60 billion that suggest companies are betting on prices that are inconsistent with global warming targets and risk becoming stranded assets in a low-carbon world. They include:

The report says that the Covid-19 crisis has shown how a fall in demand leads to plunging prices and should spur companies to action. The CEOs of both BP and Shell have suggested that global oil demand may have peaked in 2019.

“Very few parts of fossil fuel producers’ business models will be left unshaken by the energy transition. European leaders like Eni and BP are responding with an increasingly joined-up approach but for Exxon and others the only consistency is how completely they shy away from decarbonisation.”

Fault Lines responds to growing concern from investors about the transition risks that climate change poses to their portfolios and their clients’ lives as evidence grows of the physical dangers of warming beyond 1.5°C. Investors are seeking to drive change through initiatives such as Climate Action 100+, backed by companies with $47 trillion in assets.

It finds a close correlation between three factors which investors can use to understand to what degree companies are taking account of the impact of the energy transition.

Project portfolio resilience.  Companies at least risk of destroying value are those with the highest proportion of project options that remain economically competitive as demand falls.

For ExxonMobil, ConocoPhillips and Equinor, 70%-90% of their project portfolio will not make sense if global warming is held to 1.6°C. BP, Total, Eni and Repsol have a much lower 40%-60% proportion that fails the test. These “business as usual” portfolios exclude projects unlikely to proceed because they do not even fit within a 2.7°C pathway, consistent with policies announced by governments.

Climate targets. European leaders now recognise that the Paris Agreement will require them to place absolute limits on the carbon emitted from use of their products and, in the case of BP, stronger climate targets are leading to production cuts. US companies have weaker targets, which place no restriction on production, and so may be more likely to develop high cost projects with a greater risk of becoming stranded and destroying value.

Price expectations. Companies’ expectations of future demand are reflected in the price assumptions they make for impairment tests. Shell, BP and Eni now expect oil prices to peak at $60 per barrel, with Repsol at $68, Total at $73 and Equinor at $82. US companies have not disclosed their impairment prices, but their project portfolios imply that they expect continued higher demand and prices than most European rivals.

“A growing number of oil and gas producers have recognised the fundamental impact the energy transition will have on their core business models and are setting climate targets, lowering price forecasts and writing down assets. However, there is a long way to go before they can be viewed as aligned with the Paris Agreement and the risk of stranded assets is still very real.”

Simplified version of table in report. See page 7 for full details and criteria.

The report compares nine of the biggest private-sector companies on these closely correlated factors to give an indication of how well prepared they are for the energy transition. It notes that Equinor lags behind other European companies with a high oil price assumption and over 80% of its project portfolio that would not be viable in a 1.6°C world.

Carbon Tracker used International Energy Agency scenarios to model supply of oil and gas under a 1.6°C demand pathway (Beyond 2 Degrees Scenario) a 1.65°C-1.8°C pathway (Sustainable Development Scenario) and a 2.7°C pathway (Stated Policies Scenario or STEPS) consistent with policies announced by global governments. It uses STEPS to exclude from its analysis projects that are unlikely to be developed, allowing investors to focus on risk in companies’ “business as usual” portfolios.

With available supply outstripping demand, it assumes that the projects with the lowest production costs will be most competitive, while high-cost projects relying on higher prices run the risk of becoming “stranded assets”. The report analysed 65 of the largest oil and gas companies, calculating their exposure using project supply data from Rystad Energy.

Once the embargo lifts the report can be downloaded here: https://carbontracker.org/reports/fault-lines-stranded-asset/