In this note we focus on the last of these topics. High price assumptions may mask the financial risk to marginal projects and indicate a lack of conservativeness or even overinflated financial statements. With investors looking to fossil fuel companies to show their resilience under transition conditions, much of industry practice does not reassure.

Total, Repsol, Shell and BP have made significant downwards revisions in their impairment price assumptions in the last year, driven at least in part by the energy transition. While this may partly be making a virtue of necessity given that previous impairment assumptions were rather higher than prevailing prices, these companies now have outlooks that are significantly more conservative than their European peers. Both Total and Repsol assume oil prices that refer to the IEA’s Sustainable Development Scenario (SDS) and decline in the long term; Shell and BP assume flat outlooks of a comparable level.

We still believe that the prices used at these firms are higher than a level that would truly give conviction of alignment with the Paris goals; by our estimate, SDS levels of oil demand can be satisfied by projects that generate a 15% internal rate of return (IRR) at an oil price in the late $40s.

BP’s auditors, Deloitte, explicitly noted in 2019 that its previous impairment prices were not consistent with the Paris goals, based on a comparison to third party scenarios. This was despite BP believing its strategy is “consistent with the goals of the Paris Agreement”. BP subsequently amended its assumptions in Q2 2020. Shell’s auditors also checked its assumptions for reasonableness both in the context of energy transition and the company’s decarbonisation commitments.

European companies are far ahead of US peers – none of ExxonMobil, Chevron or ConocoPhillips disclose impairment price assumptions at all, never mind attempting to align with international climate commitments. None of the auditors of these US-based firms make note in their reports of having considered the energy transition for the purpose of assessing price assumptions (PWC for Exxon and Chevron, Ernst & Young for ConocoPhillips).

We believe the principle that the energy transition is being incorporated in financial statements and audit processes is a positive development. We hope to see more widespread and deeper, more consistent integration of climate constraints throughout company business practices in the coming years.

Fossil fuel-reliant countries could see a drop of 51% in government oil and gas revenues... 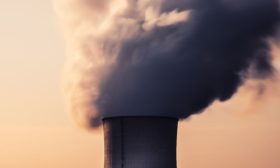 In ancient Greek theatre, deus ex machina (“god from the...