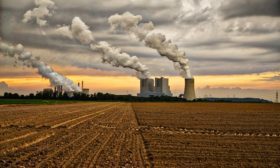 Ostroleka C - Poland’s last new coal plant makes no economic sense and is caught in the middle of a fight...

LONDON, August 02 -- Carbon Tracker are pleased to announce a legal victory by Enea shareholders in the...

At Carbon Tracker - our research focus is the impact of climate change on financial markets. Our global coal... 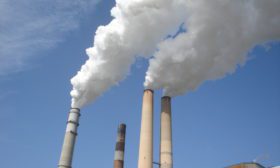 Losses of €6.6 billion in 2019 should focus industry on complete phase out in next decade LONDON – Four...

In this report we develop a financial model for Energa SA’s and Enea SA’s proposed new 1 GW Ostrołęka coal power plant C (Ostrołęka C) to understand project profitability and stranding risk. Ostrołęka C is expected to be operational by 2023.

Burning more money than coal – negative NPV of €1.7b

Ostrołęka C will get the same 15-year price as the 1-year price of existing capacity. It will not be able to control the price that is set. The experience of recent UK capacity market auctions has been for new-build projects to struggle to bid low enough to beat out existing capacity – the latest auction price was around €10/kW per year, compared to expectations of €20-30/kW per year. We expect the same pattern to emerge in Poland.

2. Risk that the 15-year contract could get cut short, due to the proposed prohibition of capacity market payments for new plants emitting more than 550 grams CO2/kWh

EU institutions are in the process of agreeing a package of measures aiming to reform energy markets and support the clean energy transition. As emphasised by European Commission, Poland will have to adapt its capacity market to comply with the future EU legislation. Importantly, this legislation is proposed to include a rule which would prohibit capacity payments to new plants unless they emit less than 550 grams CO2/kWh (roughly one-third less than Ostrołęka C’s potential carbon intensity). The final text could preclude plants such as Ostrołęka C from receiving capacity market payments and require that the Polish capacity market be amended to ensure this outcome is realised. Moreover, under the terms of the provision currently being negotiated, even if these capacity payments are not prohibited, they could be reduced each year from 2025 – and potentially terminated in 2030. While it is possible that none of these provisions are ultimately adopted, it is also possible that these or stricter requirements come into force. As such, there remains significant uncertainty regarding the future ability of Ostrołęka C to fully participate in Poland’s capacity market.

This dynamic requires plant operators to submit capacity market bids which reflect their long-run marginal costs. Capacity market payments tend to favour incumbent capacity over new capacity, as capital expenditure costs are often fully amortized. We therefore anticipate Ostrołęka C will enter the market with a higher long-run marginal cost than most existing coal capacity. According to the information provided by the Polish authorities to the European Commission, 15-year contracts will be accessible to most new-build power plants. Based on our NPV model, the EBIT of Ostrołęka C will be -€1.2b over the first 15 years of operation. If this shortfall is met from capacity market payments, this amount of financing could engender significant resistance from other groups, particularly given references in the 2014 Supreme Audit Office’s report on Ostrołęka C that the project was not necessary for Polish energy security. Implications for investors of Energa and Enea

Ostrołęka C presents a clear and obvious financial risk for investors in Energa and Enea. Credit rating agencies EuroRating and Fitch have expressed a similar view, with EuroRating downgrading Energa by reason of the Ostrołęka C construction contract and Fitch describing Ostrołęka C as “credit-negative”. It represents a major investment for each company – as an illustration, each company’s 50% share of the overnight capital cost of Ostrołęka C represents around 70% and 65% of the market capitalisation of Energa and Enea, respectively. Given the proposed project is almost entirely dependent on capacity market payments, which appear far from guaranteed, we believe Ostrołęka C risks destroying shareholder value unnecessarily.