At Carbon Tracker – our research focus is the impact of climate change on financial markets. Our global coal report, Powering Down Coal explores the global asset level economics of coal generation, demonstrating when the 6700 global coal units should be phased out, consistent with the economics of renewable energy cost parity and the climate goals set out in the Paris Agreement.

In short, how do we attain the least cost renewable energy alternative to fossil fuel generation globally.

Despite the best efforts of coal promoting politicians such as Scott Morrison in Australia, and Donald Trump in the USA who vows to ‘make coal great again,’ developed industrial economies like the USA are closing more coal fired power stations, than building anew.

Carbon Tracker’s coal work therefore focuses on SE Asia, where renewable cost parity is yet to be attained, and most of the new build coal power pipeline is located, in China, India, South Korea, Indonesia, Vietnam and the Philippines.

Despite the economic headwinds of lower-cost renewables and climate policy now battering EU coal power, there are still plans afoot for new build coal within Europe.

Poland is both a committed coal power advocate, home of the controversial proposed Ostroleka C coal power station and recent host of the COP24 climate talks in Katowice. Poland is also consequently home to 33 of the of European Union’s 50 dirtiest cities.

In Lignite of the Living Dead (2017) we found: “54% of EU coal is cashflow negative today increasing to 97% by 2030 – making units reliant on lobbying to secure capacity market payments (which the European Commission wants to prohibit by 2025) and avoid air pollution regulations.”

Some 48,000 Poles are estimated to die annually from illnesses related to poor air quality, caused in no small part by the burning of coal for heat and energy.

You would assume, given the stark policy choices to be made between low cost clean energy and coal power and air pollution deaths, government would naturally side with renewables. However according to Euracoal, the Polish coal mining industry provides around 100,000 of the 185,000 coal mining jobs across the EU28 making the coal unions in Poland a powerful political force.

In August 2018, working with Client Earth, Carbon Tracker published: Ostrołęka C – Burning More Money than Coal warning that if the proposed Ostrołęka C coal unit was built and not closed prematurely it could generate a negative net present value (NPV) of €1.7b over its lifetime – in other words, it would be “permanently unprofitable without out-of-market revenues in the form of capacity market payments.”

Carbon Tracker wrote to a number of leading shareholders in Energa and Enea developing Ostroleka, such as LGIM and Aviva Investors who used our report to engage over the economics of the plant and inform on how they exercised their votes. One group of investors wrote to say they’d visited the company in Poland and used our analytics to express their views on the planned plant.

Private investors in Enea, the state controlled energy company developing Ostrołęka C – voiced their dissent at a shareholders extraordinary general meeting (EGM) where 58% of minority shareholders abstained on voting for the project, and 22% voted against developing the new coal unit.

Despite the lack of minority shareholder support, the development passed, on account of the Polish State Treasury’s controlling interest in the companies.

Carbon Tracker’s Matthew Gray warned investors in Ostroleka: “This could well be the last coal plant constructed in Poland and if it gets built, it is destined to be a financial and economic disaster.”

Institutional shareholders in Enea and Energa, including Legal & General Investment Management – LGIM – voiced their concerns about the lack of secured project financing, or capacity payments, which render the project both unfinanced and uneconomic:

“As an index manager, we [LGIM] are by default invested in Energa and Enea, and therefore our clients are exposed to very high financial risks due its uncertain policy support, rising carbon prices, unreliable capacity payments and threat of new technologies in energy generation”

Polish courts ruled in August 2019 that Enea’s participation in the Ostroleka C project was invalid, following a legal claim brought by Client Earth on behalf of Enea shareholders, placing the entire project in doubt, pending appeal.

Client Earth welcomed the role Carbon Tracker’s research played in informing and mobilising investor sentiment and action against Ostroleka C, in a partnership which may yet prove a model for future coal interventions.

Providing reliable company and project level analysis for investors is increasingly a job which Carbon Tracker is adopting, via the CA100+ network, which aims to mobilise investors with $34 Trillion under management to force corporate alignment with the Paris Agreement.

For climate conscious investors, Ostroleka C provides an interesting case study as to how research, engagement and investor led legal interventions can force companies to re-evaluate or abandon projects that provide neither economic returns, nor deliver acceptable climate outcomes.

COVID-19 is crippling economies and creating turmoil in financial markets. This note...

The transition in a time of turmoil

COVID-19 continues to shake the global economy, and energy markets are no exception. Oil... 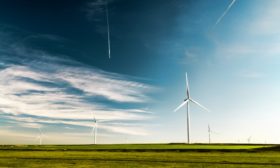 Webinar: The Energy Transition: the knowns... 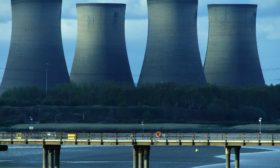 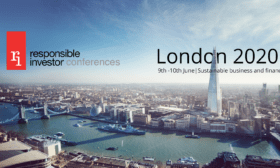