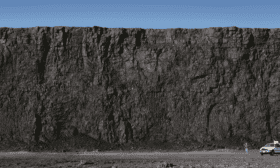 Losses of €6.6 billion in 2019 should focus industry on complete phase out in next decade LONDON – Four...

Losses of €6.6 billion in 2019 should focus industry on complete phase out in next decade

It warns investors and policymakers to prepare for a complete phase-out of coal by 2030, because without heavy subsidies the industry will not survive sustained competition from ever lower cost wind and solar power and temporarily cheap gas.

Governments will face “intractable problems” if they seek to support coal in the long-term because they will have to choose whether to: pass costs to the utilities and destroy shareholder value; pass costs to consumers and push bills up; or fund them from debt or taxes.

Matt Gray, Head of Power & Utilities at Carbon Tracker and co-author of the report, said:

“EU coal generators are haemorrhaging cash because they cannot compete with ever-cheaper renewables and gas and this will only get worse. Policymakers and investors should prepare to phase out coal by 2030 at the latest.”

Carbon Tracker used asset-level financial models to analyse the operating economics of every coal plant in the EU and the losses they face in 2019. It found that:

The coal plants which remain profitable include: those in Poland which receive relatively high subsidies; efficient units in Germany and the Netherlands; and plants in Italy, the Czech Republic and Slovenia which benefit from high wholesale power prices.

Renewables and gas are not the only factors undermining the economics of coal. Utilities will have to install expensive technologies in the majority of coal plants to meet stricter EU air quality standards from 2021. Rising carbon prices could also increase costs. (See Carbon Tracker’s Lignite of the Living Dead report, Dec 2017.)

The new report, Apocoalypse Now, warns that shareholders could take legal action if governments put pressure on utilities to pursue uneconomic coal projects, following a precedent set in Poland where a court blocked construction of the €1.2 billion Ostroleka C power plant on the grounds that it posed unjustifiable financial risk to shareholders.

Utilities are lobbying governments to secure out-of-market and closure payments, but the report questions whether these would be legal under current market conditions. It notes RWE requested compensation payments of €1.2billion per GW for coal capacity retiring in 2022, which translates to €19 billion if extended to close its entire 16GW of German coal plants by 2038, but says the coal fleet is “worthless without a dramatic change to the energy complex”.

Carbon Tracker says governments and investors should now focus on planning to phase-out coal in ways that benefit consumers, investors, workers and local communities, and this can be done quickly and cheaply. It identifies a financially sustainable solution which takes advantage of the fact that governments can borrow money at lower cost than utilities.

This would see government loaning money to fund the closure of coal power plants on condition that utilities used the money to build renewables and then repaid the loan from sales of power. Utilities could hire the local workforce to build renewable power and use a portion of profits to help communities transition away from coal.

This could be attractive to eastern European states which are still heavily reliant on coal power and lag behind western Europe in deploying renewables. Coal accounts for 80% of total generation in Poland, 43% in the Czech Republic and 39% in Bulgaria.

“Getting off coal is cheap and can be a win-win for consumers and shareholders, providing governments and investors work with local communities.”

Once embargo lifts the report can be downloaded here: https://carbontransfer.wpengine.com/reports/apocoalypse-now/

Country and company exposure to losses in 2019 are set out on pages 5 and 6.

The Carbon Tracker Initiative is a not-for-profit financial think tank that seeks to promote a climate-secure global energy market by aligning capital markets with climate reality. Our research to date on the carbon bubble unburnable carbon and stranded assets has begun a new debate on how to align the financial system with the energy transition to a low carbon future. carbontransfer.wpengine.com