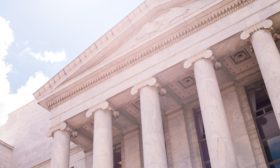 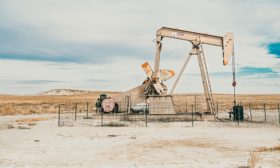 24 February | Online OECD Development Centre and Carbon Tracker have partnered to host the launch of...

Report author Mike Coffin, senior analyst oil, gas & mining said: “It’s in the interests of all nations to minimise global temperature rise and this means rapidly reducing our use of fossil fuels. But many countries are heavily reliant on oil revenues – the time to act on rebalancing their economies is now. Waiting for demand to fall will be leaving it far too late".

Fossil fuel-reliant countries could see a drop of 51% in government oil and gas revenues in a shift to a low-carbon world over the next two decades.

In this report, we focus on the 40 countries with the greatest fiscal dependence on oil and gas revenues – the petrostates. These are the most oil and gas-reliant countries (as a % of GDP) and are predominantly in the Middle East, North and West Africa and South America.

There is a fundamental shift underway as the global economy begins to decarbonise. Populations that are heavily reliant on fossil-fuel production face lower government revenues and job losses as the pace and inevitability of the energy transition increases.

Compared with industry expectations, petrostates’ government revenues would be $9 trillion lower over the next two decades under the low-carbon scenario. The majority of this decrease is driven by lower prices, rather than lower volumes.

Given these countries’ fiscal budgets presently rely heavily on fossil fuel revenues the analysis focuses on quantifying the potential shortfall under a low-carbon scenario vs revenue levels over the past decade.

Combining dependence with % of average potential oil and gas revenue shortfall under the low-carbon scenario allows us to group the petrostates by vulnerability based on the percentage shortfall in overall government revenues.

Ten countries out of this 19 are currently categorised as “low” in the United Nations Human Development Index.

The populations of economies that are heavily reliant on fossil-fuel production are perhaps the most obvious example where the transition will also have some negatives, for example, lower government revenues and job losses.

Decisive and forward-looking policies will be required to prevent and mitigate these impacts, both on the part of domestic policymakers and the overseas community.

We hope that our analysis provides a useful data underpin and a fresh injection of impetus into the development of decarbonisation pathway that is just for all.

This report updates our 2 Degrees of Separation report, published in June 2017 2...