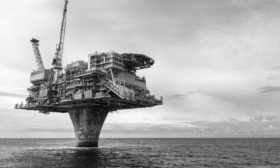 Absolute Impact 2021: Why oil and gas ‘net zero’ ambitions are not enough

“Net zero is not enough – it’s the pathway that matters. To align with the Paris Agreement, companies must commit to absolute reductions in carbon emissions from their oil and gas products, with strong interim targets and a credible implementation plan.”

LONDON/NEW YORK, 27 May – Oil majors are adopting more ambitious climate targets but many are keeping the option to increase fossil fuel production and even the best plans stretch credibility, finds a report from the financial think tank Carbon Tracker published today.

It reveals that 10 of the largest oil and gas companies have all strengthened their climate polices in the last 12 months, yet none have plans that give investors confidence their business is fully aligned with the Paris Agreement. Eight companies have set various “net zero” goals, most with significant shortcomings.

“Net zero is not enough – it’s the pathway that matters. To align with the Paris Agreement, companies must commit to absolute reductions in carbon emissions from their oil and gas products, with strong interim targets and a credible implementation plan.”

Last week the International Energy Agency warned that achieving net zero emissions by 2050 and meeting the 1.5°C Paris climate target would require a huge decline in the use of fossil fuels and there was no justification for new oil and gas supply, [1] confirming previous Carbon Tracker analysis.[2]

Oil and gas companies are under strong pressure from investors to align their businesses with the Paris target, amid concerns about the impact of climate change and the risk of being left with stranded assets if they fail to plan for falling demand. Shell and BP faced shareholder rebellions at their annual meetings this month when significant minorities voted for tougher emissions reductions. Chevron faced a similar vote on May 26th.

Absolute Impact 2021: Why Oil and Gas ‘Net Zero’ Ambitions Are Not Enough finds that Eni has the strongest policy, as the only company to commit to absolute cuts in emissions across all of its activities by 2030, reaching net zero in 2050. US companies have the weakest policies:  ExxonMobil, ranked bottom, commits to just a 15-20% cut in operational emissions by 2025, ignoring carbon released when its products are burned.

It finds that most companies are resisting the absolute cuts in their emissions that are crucial to stabilise global temperature rise. It also finds that most companies’ implementation plans, including those with the strongest targets, rely on both carbon capture, utilisation and storage (CCUS) and negative emissions technologies (NETs) to mitigate continued oil and gas production.  However, most technical solutions are unproven at scale, while so-called nature-based solutions like tree planting have huge land use implications.

Carbon Tracker notes that investors can use companies’ emissions goals to understand not just how closely aligned they are with the Paris target but also to assess the pace at which they plan to adapt their businesses to the energy transition, and the level of risk they face as a result.

“It’s critical that companies demonstrate how their investment decisions are also aligned with the Paris goals, and do not sanction assets that could become stranded through the energy transition,” it says, warning that if companies pursue business as usual they “are effectively betting on society’s failure to address climate change.”

For the second year running the report assesses and ranks the climate policies of leading oil and gas companies, adding Occidental Petroleum to its analysis. It identifies three broad tiers of ambition:

Carbon Tracker warns that investors should question the credibility of companies’ plans to deliver on their targets. For example, they should ask whether land required for nature-based solutions has been identified, and whether other mitigation technologies invoked have been proven at scale.

Eni and Shell plan to plant enough trees to remove a combined 140Mt of carbon dioxide each year by 2030 – equivalent to Nigeria’s annual emissions – which would require a forest larger than Bulgaria. BP and Repsol also plan to use nature-based solutions.

All companies in the study rely on CCUS but there are just 28 projects operating worldwide, on average capturing just 1.5Mt of carbon dioxide annually.  Occidental plans to use massive amounts of direct air capture (a NET) to offset emissions, but the report notes that although there are pilots the technology has not yet been demonstrated at scale.

It says: “The implication for investors is simple. The most effective way for oil and gas companies to reduce both emissions and transition risk is to cut the production of fossil fuel products; those companies with climate goals reliant on the widespread deployment of CCUS and NETs are placing at best a risky bet.”

Carbon Tracker ranked the companies’ climate policies by assessing three key criteria which it says are a minimum precondition for claiming to be aligned with Paris. They must:

Once embargo lifts the report can be downloaded here: https://carbontracker.org/reports/absolute-impact-2021/

About Carbon Tracker – The Carbon Tracker Initiative is a not-for-profit financial think tank that seeks to promote a climate-secure global energy market by aligning capital markets with climate reality. Our research to date on the carbon bubble, unburnable carbon and stranded assets has begun a new debate on how to align the financial system with the energy transition to a low carbon future. https://carbontracker.org/