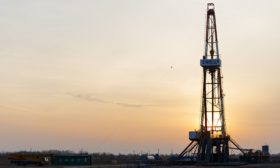 Industry guarantees cover only 1% of estimated costs. NEW YORK, October 1 – By failing to require that...

Robert Schuwerk, Executive Director of Carbon Tracker North America and report co-author, said: “For the first time, regulators, taxpayers and investors can see the scale of environmental debt burdening the U.S. oil industry as it heads into the energy transition.”

Greg Rogers, Senior Advisor to Carbon Tracker, co-author of the report, said: “By continuing to extend free unsecured credit for oilfield closure liabilities, states are subsidizing oil and gas to the detriment of their citizens, the environment, and the competitiveness of renewable energy needed to combat climate change.”

NEW YORK, October 1 – By failing to require that oil and gas companies provide sufficient financial assurance when drilling new wells, U.S. state and federal regulators have put taxpayers at risk of $280 billion in cleanup costs, just as wells are closing prematurely due to falling demand and prices. The decline in prices is driven by the energy transition and the pandemic.

This is the key finding in Carbon Tracker’s new report, Billion Dollar Orphans: Why millions of oil and gas wells could become wards of the state. The report examines the financial risk facing taxpayers in each of the major U.S. oil producing states as industry defaults grow.

Orphan wells are non-producing wells that have no financially viable operator capable of plugging them.  When a company cannot pay, responsibility shifts to minimally funded state orphan well programs and then to taxpayers.  To assure performance of end-of-life obligations regulators require companies to obtain “surety” bonds.  Unfortunately, bonds currently cover roughly 1% of the closure costs; operator defaults may put taxpayers are at risk of picking up costs in excess of available bonds.

“For the first time, regulators, taxpayers and investors can see the scale of environmental debt burdening the U.S. oil industry as it heads into the energy transition.”

This dire situation is a result of (a) outdated and unrealistic estimates of well closure costs; (b) single-well bonds with low face amounts relative to estimated costs; and (c) “blanket” bonds that reduce the bond amount per well for large operators.

The risk is more pronounced for unconventional shale drilling than older conventional wells which have been used to estimate costs to date.  Shale production has more wells, with greater depths, and shorter lifespans.  The new math of shale production implies higher well closure costs sooner, raising the chances of operator default.

“By continuing to extend free unsecured credit for oilfield closure liabilities, states are subsidizing oil and gas to the detriment of their citizens, the environment, and the competitiveness of renewable energy needed to combat climate change.”

The report estimated closure costs using well data from Enverus and a depth-based exponential cost function that produces a modeled cost of $300,000 to plug a 10,000-foot modern shale well.  This contrasts with some industry and regulatory projections that apply a flat cost of $30,000 per well, regardless of depth.

This is the second in a series of reports. The first piece, It’s Closing Time, explained how industry has not set aside the resources to meet their AROs.

Once the embargo lifts the report can be downloaded here: https://carbontracker.org/reports/billion-dollar-orphans/

The Carbon Tracker Initiative is a not-for-profit financial think tank that seeks to promote a climate-secure global energy market by aligning capital markets with climate reality. Our research to date on the carbon bubble unburnable carbon and stranded assets has begun a new debate on how to align the financial system with the energy transition to a low carbon future. www.carbontracker.org

PetroShare gets the Oil and Colorado, the hole

"Nobody move! I have a hostage. If anyone follows us, I'll kill myself and then...

"Oil and gas companies are hurtling toward bankruptcy, raising fears that wells will be...

The coronavirus pandemic has caused a sharp decline in oil demand, putting intense...