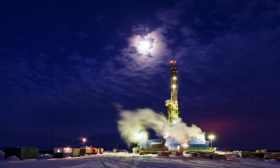 Currently, there are 3.3 to 4 million active, idle and abandoned but unplugged wells in the U.S. NEW YORK,...

Robert Schuwerk, Executive Director of Carbon Tracker North America and report co-author, said: “States are in a bind of their own making.  By not requiring pre-funding of retirement liabilities, they have encouraged companies to delay closure costs as long as possible.  The pandemic and energy transition now risk a wave of closures that industry can’t afford.”

Greg Rogers, Senior Advisor to Carbon Tracker, co-author of the report, stated: “Rising regulatory costs for bonding and idle well fees will increase asset impairments and investment risk, which will increase company financing costs.  We foresee that long overdue state actions to mitigate ARO credit risk will reduce oilfield asset valuations and deplete available cash needed to pay for well closures.  This will further increase ARO credit risk to states, and so on in a downward spiral.”

Carbon Tracker pioneered work on the oil and gas industry’s “stranded assets”; as investors increasingly ask whether oil demand is or will soon be in terminal decline, we are turning attention to the flipside of stranded assets – “stranded liabilities.” Specifically, the cost of retiring long-lived oil and gas infrastructure. This paper is the first in our series focusing on the dynamics that are driving the acceleration of these risks and a method for assessing the magnitude of the problem.

By law, after production ceases, all oil and gas wells must be permanently plugged and abandoned. In finance, these debt-like legal obligations to Plug and Abandon wells are called “asset retirement obligations” (AROs). They are reported in company financial statements on a discounted present value basis.

Companies typically assume that the bulk of ARO costs will be incurred in the distant future, but the low carbon energy transition will bring them forward – further accelerating the industry’s woes brought on by the coronavirus pandemic.

There’s no money set aside to cover retirement costs, and lax regulations are to blame.

And this illuminates the problem: regulators have not required the industry to set aside funds to retire these wells. In short, the industry cannot afford to retire. If industry can’t pay, then its lenders, investors, creditors and ultimately oil-producing states will eventually be forced to foot the bill. Else, landowners and citizens will be left to live with the consequences of millions of unplugged wells. 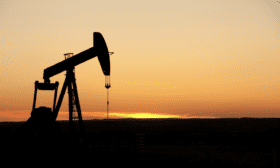 In Colorado, Amnesty for Oil Producers,...

With respect to asset retirement obligations in the oil patch, every...