The US Coal Crash – Evidence for Structural Change 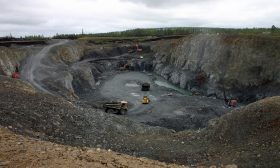 New York/London, March 24 – The market for thermal coal is in structural decline in the United...

Andrew Grant, Carbon Tracker’s financial analyst and report co-author: "The roof has fallen in on U.S. coal, and alarm bells should be ringing for investors in related sectors around the world. These first tremors are amongst the clearest signs yet of a seismic shift in energy markets, as high carbon fuels are set to be increasingly outperformed by lower carbon alternatives."

The market for thermal coal is in structural decline in the United States. Squeezed out by an abundance of cheap shale gas and ever tightening pollution laws, it may be a harbinger of things to come for other fossil fuel markets globally.

This report paints a bleak picture and makes grim reading for investors. It finds that in the last few years U.S. coal markets have been pounded by a combination of cheaper renewables, energy efficiency measures, rising construction costs and a rash of legal challenges as well as the shale gas revolution.