NEW YORK/LONDON, September 16 – While many G20 nations are showing some commitment to tackling climate... 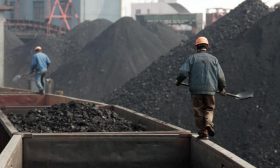 There has been much discussion of fossil fuel subsidies as both an inefficient use of public tax dollars and a barrier to the scaling up of low- and no-carbon energy sources. As “green” incentives are reduced, the phase-out of fossil fuel subsidies becomes even more urgent in order to reduce market distortions and ensure a level playing field in energy markets.

Production subsidies summing up to:

The removal of these subsidies would result in:

Removing subsidies to coal extraction should be a central plank of any country’s fiscal and environmental plan. Particularly as subsidies to renewable energy come under increasing pressure, subsidies to the mature coal sector should not be ignored. A broader geographic range for coal subsidy elimination will boost the carbon benefits, as the ability for coal supplies to move in from other subsidized markets will be constrained.