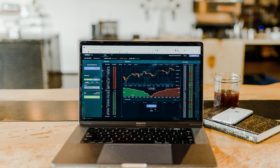 The value of share offerings in fossil fuel producing and related companies dropped by $123 billion in the last decade, underperforming a key world equities index by 52%.

However, globally investors have lost $123 billion on these share issuances by fossil fuel producers between 2012-2020 and thus, have significantly underperformed the general stock market amidst a long positive uptrend.

In this analyst note we analyse how these equity transactions have performed, how they were structured and who now owns these companies, to better understand the implications for energy producing companies both challenged by and benefitting from the transition to a low carbon economy.

Since Carbon Tracker was launched in 2011, the energy sector has underperformed MSCI’s All Country World Index (ACWI) by 70%. The energy sector delivered a -2.4% annualized total shareholder return (TSR) compared with +11.7% return for the broad market and +14.3% for renewables/cleantech .

Still, investors have bought almost $640 billion in equity issued by fossil fuel producers and electric utility companies (10% of all equity raised) since the end of 2011 – but only $56 billion from renewables/cleantech companies (1%).

As investor appetite for fossil fuel producer stocks has declined, access to capital has become harder. These sectors accounted for 12% of total equity issuance proceeds in 2012, falling to 8% between 2014-16 and to less than 1% in 2020, with the number of annual completed transactions falling by 75%.

Perhaps signalling declining confidence in the outlook for fossil fuels, since 2016 share sales have been increasingly by existing holders rather than raising new equity. Secondary share sales have risen from 6% of equity proceeds to 78% in 2019 (excl. Aramco IPO) and by 58% in 2020.

The 30 largest shareholders hold almost 71% of shares in the median company and thus have the ability to influence the company’s strategic direction and governance structure. The largest passive owners hold on average 150 stock holdings in energy companies; thus, investors should closely monitor and scrutinize their asset managers’ stewardship activities.