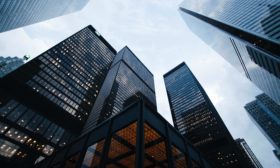 LONDON/NEW YORK, March 31 – The value of share offerings in fossil fuel producing and related companies dropped by $123 billion in the last decade underperforming a key world equities index by 52%, while levels of new shares issued in the sector fell sharply, found a Carbon Tracker study published on Wednesday.

This trend was in marked contrast to activity in clean energy initial public offerings (IPOs) which overtook carbon-heavy flotations worldwide for the first time last year, suggesting investors are shifting finance towards a low-carbon future as the coal, oil and gas industries have struggled.

Fossil fuel issuance fell by 85 percent from $70 billion to $10 billion in the period analysed from 2012 to 2020, while renewables raised a record $11 billion from public equity offerings in 2020 alone..

A Tale of Two Share Issues: How fossil fuel equity offerings are losing investors billions found that over the decade investors have bought almost $640 billion of equity issued by fossil fuel producers, fossil fuel dependent utilities, pipelines and service companies. But their investments have lost roughly 20% in value despite one of the longest and strongest equity bull markets on record.

The report analyzed the stock market fortunes of fossil fuel companies and compared them with electric utilities and renewables/cleantech companies as well as the general equity market (the MSCI All Country World Index, or ACWI, is used as benchmark). An investor who bought into all fossil fuel and related equity issuances from 2012-2020 would have seen their investment underperform the ACWI by 52%.

However, despite equity raised by clean energy companies having grown rapidly, it is still trivial in the context of what has to be generated to finance a global energy transition. According to the IPCC special report on Global Warming of 1.5°C investments into clean energy infrastructure need to be in the order of $3 trillion to $3.5 trillion annually.

Moreover, of the total equity raised by companies on world markets, 10% was accounted for by fossil fuel  producer and electric utility companies but only 1% in renewables and cleantech in the period analysed.

Nevertheless, investors in renewable energy have received a good return, according to the study, with the MSCI Global Alternative Energy index outperforming the market (ACWI) by 54% and with most of that return coming in 2020 — making it one of the best performing sectors of the decade.  Share issuances raised $56 billion over the period and investors have gained $77 billion in value.

Since 2016, there has been a decline in fossil fuel IPOs, where companies raise money through new share issues, and an increase in sales by existing long-term holders, for example, founders, owners and governments, that could indicate declining confidence in future prospects for the sector. The proportion of equity issuances comprising secondary share sales surged from 6% in 2016 to 58% in 2020.

The report notes that while oil and gas producers were able to tap equity markets in the market collapse of 2011-14, this does not seem to have been the case in the 2020 price downturn. From 2018-20 annual equity offerings have been less than half that of 2014-2016.

Fossil fuel producing subindustries with the highest exposure to the upstream oil & gas activity level delivered the worst performance. For example: E&P, drilling and oil & gas service companies underperformed the ACWI by between 60-80%, and each sub-sector has lost more than half of its value in absolute terms.

The contrasting paths of fossil fuel and renewable energy IPOs are highlighted by the top 10 largest new share offerings in the period  —  of which the biggest losers were fossil fuel producers and the biggest winners,  electricity generators or renewables/cleantech energy.

The biggest winner of all was Denmark’s Ørsted, a fossil fuel company that transformed into an offshore wind developer, whose shares rose almost 520%.

From 2011-2020 electric utility IPOs fared better than those of fossil fuels. Investors who bought into all electric utilities IPOs would have outperformed by 22% relative to ACWI and more than doubled their investment in absolute terms.

Once embargo lifts the report can be downloaded here: https://carbontracker.org/reports/a-tale-of-two-share-issues/