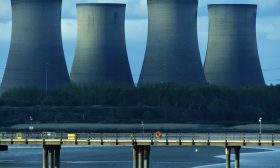 LONDON, November 30 – Two-fifths of the world’s coal power stations are already running at a loss, finds Carbon Tracker in a unique study released today which challenges the need for new coal generation and shows that it makes economic sense to close plants in line with the Paris Climate Agreement.

The financial think tank has carried out the first global analysis of the profitability of 6,685 coal plants worldwide, representing 95% (1900GW) of all operating capacity and 90% (220GW) of capacity under construction, and has published the results in a new coal power economics portal. The portal can be viewed here once embargo lifts: carbontransfer.wpengine.com/reports/coal-portal/

The unique, free-to-use online tool will be updated regularly, helping investors, policymakers and civil society develop economically rational plans to close coal plants and to understand the financial risk if they continue to operate. The UN’s Intergovernmental Panel on Climate Change says at least 59% of coal power worldwide must be retired by 2030 to limit global warming to 1.5°C and many countries have set phase-out dates.

Powering down coal: Navigating the economic and financial risks in the last years of coal power and the portal are the result of a two-year modelling exercise. Carbon Tracker finds that:

Matt Gray, head of power and utilities at Carbon Tracker and co-author of the report, said:

“The narrative is quickly changing from how much do we invest in new coal capacity to how do we shut down existing capacity in a way that minimises losses. This analysis provides a blueprint for policymakers, investors and civil society.”

The report warns that utilities and their shareholders are exposed to stranded asset risk in liberalised markets, such as much of Europe and parts of the US, where power generators are subject to competition. Coal plants will be forced to shut unless they can secure government subsidies or a delay or reduction in environmental regulations.

However, it is the state which ultimately underwrites investment risk in regulated markets, where coal is sheltered from competition. In countries such as China, India, Japan and parts of the US governments typically approve the cost of generation and pass it on to consumers. Backing coal in the long-term will threaten economic competitiveness and public finances, because politicians will be forced to choose between subsidising coal power or increasing power prices for consumers.

Consumers and taxpayers are keeping coal profitable in [many] regulated markets by picking up the bill to support uneconomic coal plants. A phase-out could save them billions, but would hit coal owners’ profits. If plants are closed in line with the Paris Agreement the industry could lose $92 billion in South Korea, $76 billion in India and $51 billion in South Africa, compared with business as usual supported by the state.

Carbon Tracker says governments should phase out coal in an orderly manner and develop plans to close the least economic plants first. When it is cheaper to build new renewables and gas than to build new coal power, they should ban investments in new coal power. This point has already been reached in Europe, the US, India and parts of Latin America.

When it is cheaper to build new renewables and gas cost less than to continue running existing coal plants, they should implement a coal phase out. This appears imminent in Germany the US and other nations, where solar PV and onshore wind has undercut coal in power auctions in 2018.

“Our analysis shows a least-cost power system without coal should be seen as an economic inevitability rather than a clean and green nicety.” Please see the full report for commentary on individual countries and a more detailed table which also lists the three companies most exposed in each country.

Carbon Tracker developed a revolutionary new method to assess the profitability of coal plants in countries like China with big fossil fuel power industries but inadequate information about plant activity. It used satellite images and advanced machine learning to estimate the activity of each plant, a technique found to be more than 90% accurate when trialled against known data in the US and EU.

Laurence Watson, Carbon Tracker data scientist and co-author, said: “Our coal portal offers a powerful response to those governments and asset owners who are unwilling or unable to disclose timely and accurate data.”

Carbon Tracker assessed the profitability of each coal plant based on its operating costs, taking into account fuel, maintenance costs, investment needed to meet environmental standards, and carbon pricing where relevant. These costs only include existing and ratified carbon pricing and air pollution policies.

It compared the long-run operating cost of each coal plant with the levelised cost of onshore wind and utility-scale solar PV, based on long-term price trends and B2DS forecasts for the growth of these technologies.

It compared coal owners’ business as usual plans with the B2DS. By assessing the operating cost of each plant and assuming the least economic will close first, it is able to establish a rational closure programme and identify which are most exposed in a B2DS scenario.