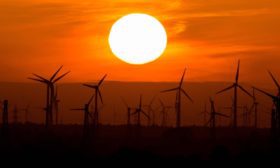 It will be cheaper for Japan to build new offshore wind than run coal plants by 2025, calling into question the government’s pro-coal stance and its implications for energy consumers

The economic viability of new and existing coal in Japan could be severely undermined by cheap renewables, and without policy reform, could result in US$71 billion of stranded assets.

Carbon Tracker in collaboration with the University of Tokyo Institute for Future Initiatives and CDP found Japan’s planned and existing coal capacity could become stranded due to lower utilisation rates and tariff prices caused by low cost renewable energy.

Land of the Rising Sun and Offshore Wind uses asset-level financial models to analyse the project and relative economics of new and existing coal plants in Japan.

Based on a comparison of the levelised cost of energy (LCOE) analysis, onshore wind, offshore wind and utility-scale solar photovoltaics (PV) could be cheaper than coal by 2025, 2022 and 2023, respectively. Moreover, the long-run marginal cost (LRMC) of coal could be higher than offshore wind and solar PV by 2025 and onshore wind by 2027.

Land of the Rising Sun and Offshore Wind also explores the implications of Japan’s coal fleet being shut down in a manner consistent with the temperature goal in the Paris Agreement – a policy the Japanese government intends to meet, according to the Long-term Strategy for Decarbonisation submitted to the UNFCCC in June 2019.[1] In our below 2-degree scenario, where Japan’s coal capacity is forced to shut-down by 2030, stranded asset risk from capital investments and reduced operating cashflows could amount to $71 bn. Of this US$71bn, US$29bn could be avoided if the Japanese government immediately reconsiders the development of planned and under construction capacity.

Gray added: “Despite policy signals from the Japanese government, it is still investing heavily in coal. This capacity will become stranded which will likely result in higher energy costs for the consumer.”

Accelerating the transition away from coal would be good for investors, consumers and the wider economy according to Land of the Rising Sun and Offshore Wind. It makes the case for cancelling planned coal, stop coal under construction and develop a retirement schedule for the existing fleet.

Michiyo Morisawa, CDP Worldwide Japan Director said: “Current market structures are insufficient to respond to climate change and will impact future generations. Those companies who take immediate action will reap the rewards. The shift beyond coal power is an irreversible trend.”

In response to the report’s findings, investors and industry said the following:

Jan Erik Saugestad, CEO of Storebrand Asset Management, ($90 billion AuM) said: “The future cannot be based on our ability to pull salvation out of the apocalypse hat at the last minute, to carbon capture our way out of this. Coal is not clean and will burn your assets, burdening your company with toxic debt. Solar, wind, power distribution and storage are already better investments. We therefore urge other large investors to take the warnings from Carbon Tracker seriously and get out of coal.”

Sebastian Hald Buhl, Asia Pacific Government Affairs Manager, Ørsted: “Ørsted – Denmark’s largest energy company – has gone from being a traditional fossil fuel based energy company to being the world leader in offshore wind energy. While our share of green energy production was 17% in 2006 it stands at over 75% today and will be 99% in 2025. This transformation has been possible due to the increasing scale and rapid technological improvements which have seen the costs off offshore wind drop dramatically. In many places renewables such as offshore wind are today the most cost effective way of generating power. Given the importance of decarbonising our societies we welcome Carbon Tracker’s analysis that warns of the long-term economic outlook for coal and hope that this robust analysis will echo in boardrooms around the world.”

The project economic model analyses the financial viability of planned and under-construction coal capacity. The purpose of this analysis to illustrate how, under different scenarios, a coal project could become unviable over its lifetime. Project finance modelling assesses the risk-reward of lending to, or investing in, a coal power project and includes a forecast of revenues, construction, operating and maintenance costs, tax, debt financing, the internal rate of return (IRR) and net present value (NPV).

The stranded asset risk in our 2°C scenario is defined as the difference between the NPV of revenues in a BAU scenario and a scenario consistent with the temperature goal in the Paris Agreement. The retirement schedules are developed based on gross profitability, if a liberalised market; or LRMC, if a regulated market (as it is currently the case for Japan). Underlying this analysis is the logic that in the context of efforts to reduce carbon emissions and demand for coal power, the least economically efficient will be retired first.

Notes: Our project economics model is based on a number of high-level assumptions, due a lack of publicly available data. See Table 2 and 4 as well as Section 6 of the report for the modelling assumptions and risks associated with this analysis.

The LCOE of renewables versus the LCOE of coal in Japan Notes: Upper and lower bounds for the cost of operating coal units are calculated using several scenarios. Notes: Operating coal cost is capacity-weighted and based on long-run marginal cost, which includes fuel, variable O&M and fixed O&M (SRMC plus fixed operating and maintenance costs). Imported coal is assumed from Australia, Russia and Indonesia. The upper and lower bounds represent the 25% and 75% confidence intervals in the long-run marginal cost given the variance in historical coal prices from the last 10 years. The historical mean coal price is $75/ton. See Figure 1 notes and Table 2 of the main report for other assumptions.

Carbon Tracker is an independent financial think tank that carries out in-depth analysis on the impact of the energy transition on financial markets and the potential investment in high-cost, carbon-intensive fossil fuels. Its team of financial market, energy and legal experts apply ground-breaking research using leading industry databases to map both risk and opportunity for investors on the path to a low-carbon future. It has cemented the terms “carbon bubble”, “unburnable carbon” and “stranded assets” into the financial and environmental lexicon.

[1] The Long-term Strategy for Decarbonisation, which was approved by the cabinet and submitted to the UNFCCC in June 2019, states: “The Government will work to reduce CO2 emissions from thermal power generation to realise a decarbonised society and consistent with the long-term goals set out in the Paris Agreement. https://unfccc.int/sites/default/files/resource/The%20Long-term%20Strategy%20under%20the%20Paris%20Agreement.pdf

Vietnam roadshow: what we learnt and what’s next

Recently Carbon Tracker’s power and utilities team travelled to Vietnam to market our...