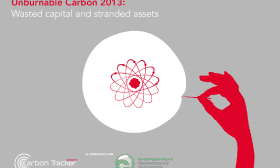 Carbon Tracker introduced the concept of stranded assets to get people thinking about the implications of not...

Professor Lord Stern: “Smart investors can see that investing in companies that rely solely or heavily on constantly replenishing reserves of fossil fuels is becoming a very risky decision. The report raises serious questions as to the ability of the financial system to act on industry-wide long term risk, since currently the only measure of risk is performance against industry benchmarks".

Al Gore and David Blood, Generation Investment : "Stranded assets are those that would be unprofitable under certain scenarios, which include the enforcement of a fair price on carbon and water, or improved regulation of labour standards in emerging economies. Only limited work has been done to date to quantify the potential impact these sorts of changes would have on the value of companies, but one such piece by the Carbon Tracker Initiative (CTI) provides new insights into the likely impact of stranded assets”.

This new research from Carbon Tracker and the Grantham Research Institute on Climate Change and the Environment at LSE calls for regulators, governments and investors to re-evaluate energy business models against carbon budgets, to prevent a $6 trillion carbon bubble in the next decade.

Between 60-80% of coal, oil and gas reserves of publicly listed companies are ‘unburnable’ if the world is to have a chance of not exceeding global warming of 2°C 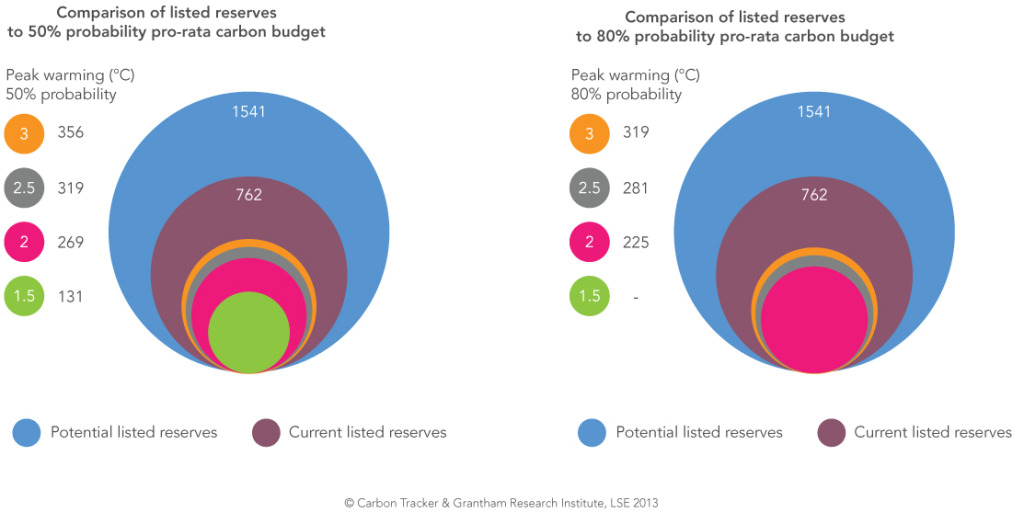 Globally, coal reserves are centred in Pacific and Eastern regions, whilst oil is predominant in Northern and Western regions 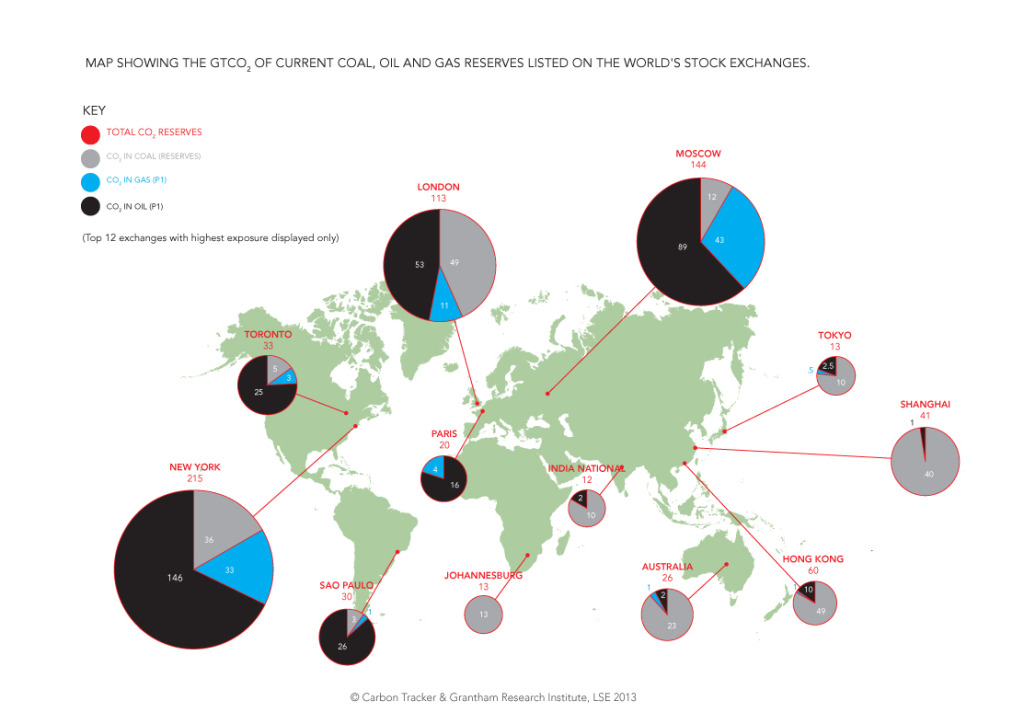 Even if CCS is deployed in line with an idealised scenario by 2050, this would only extend fossil fuel carbon budgets by 125GtCO2 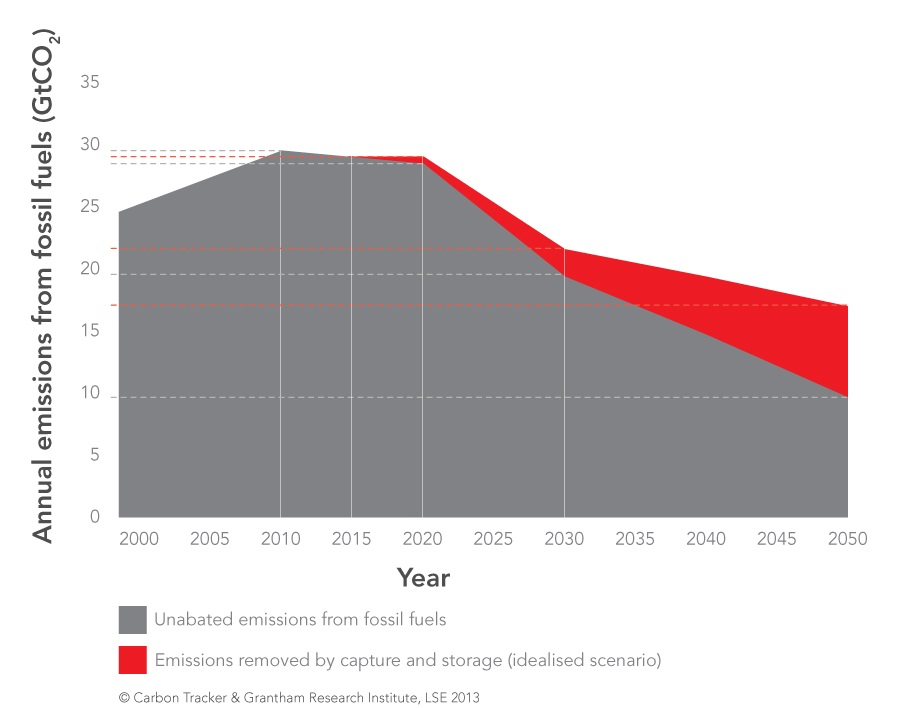 Company valuation and credit ratings methodologies do not typically inform investors about their exposure to these stranded assets, despite these reserves supporting share value of $4 trillion in 2012 and servicing $1.27 trillion in outstanding corporate debt over the same period. We need to challenge these methodologies

Therefore, this study makes a number of recommendations for action by governments, financial intermediaries, institutional investors and citizens to manage this risk. Click below to read them. 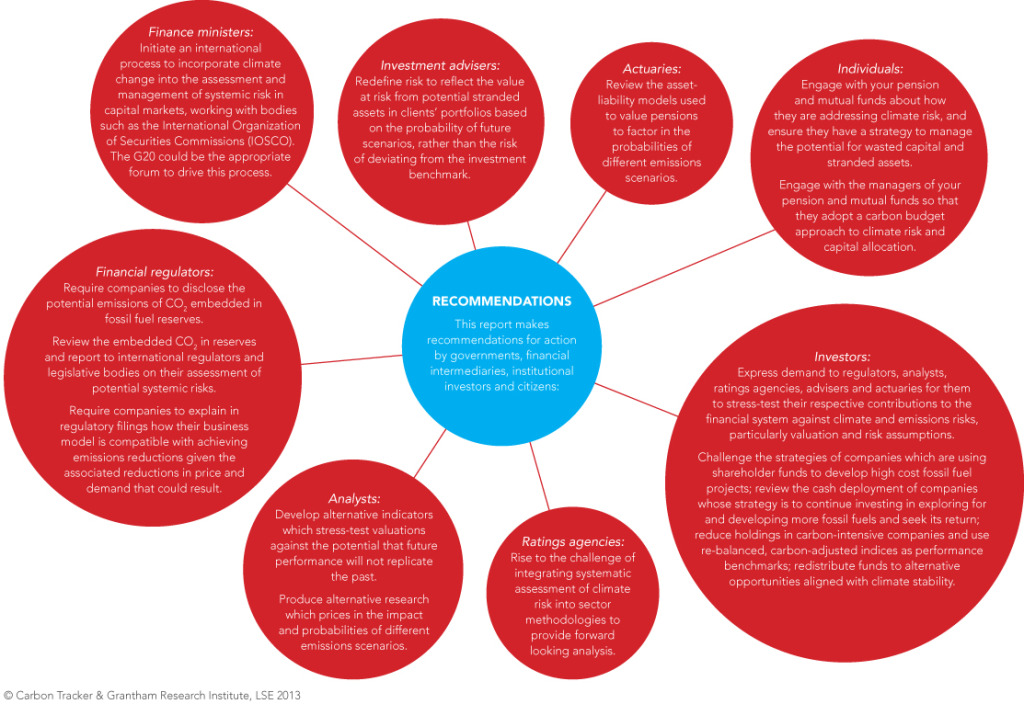