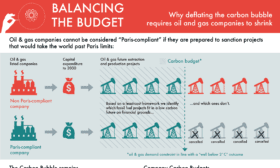 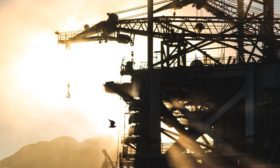 Oil majors must cut output by average of 35% to 2040 to hit Paris targets ConocoPhillips and Exxon must cut most, Shell least

LONDON/NEW YORK, November 1 – The world’s listed oil and gas majors must cut combined production by a... 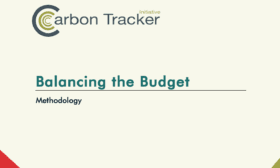 Mike Coffin, Oil & Gas Analyst at Carbon Tracker and report author, said: “If companies and governments attempt to develop all their oil and gas reserves, either the world will miss its climate targets or assets will become “stranded” in the energy transition, or both. The industry is trying to have its cake and eat it -- reassuring shareholders and appearing supportive of Paris, while still producing more fossil fuels. This analysis shows that if companies really want to both mitigate financial risk and be part of the climate solution, they must shrink production.”

Andrew Grant, Senior Oil and Gas Analyst and co-author of the report said: “Only Shell, Total and Repsol have targets which include the “Scope 3” emissions created by burning their products, which account for the vast majority of CO2 related to fossil fuel use. While an improvement on many peers, they have only pledged to reduce the carbon intensity of the energy they produce, which means they can continue to grow fossil fuel production -- increasing CO2 emissions overall and leaving open the risk of stranded assets. Our climate system works on finite limits, so strategies that allow infinite growth are a square peg in a round hole.”

Mark Fulton, Chair of Carbon Tracker’s Research Council, said: “Our Breaking the Habit work shows the amount of capex consistent with achieving “well below” 2˚C. Based on the same project level analysis we can express this in terms of a carbon budget with associated production levels. This therefore gives a comprehensive picture with consistent metrics that can be factored into company planning.“

Mark Campanale, Founder and Executive Director, said: “In our first 2011 report, Unburnable Carbon: Are the world’s financial markets carrying a Carbon Bubble? we highlighted the finite global carbon budget and the risks from excess supply of fossil fuels.  Carbon Tracker has been consistent in finding most fossil fuels must remain in the ground. “Yet as this new report highlights, companies and the governments that grant them their licences are still intent on expansion.  It is now more urgent than ever that shareholders promote, then support, plans for the oil and gas sector to manage rapid decline in production.”

To deflate the carbon bubble and protect investors, oil & gas companies must shrink

The world’s listed oil and gas majors must cut combined production by more than a third by 2040 to keep emissions within international climate targets and protect shareholder value.

The current requirements under the Paris Agreement are that nations limit warming to “well below” 2ºC and “pursue efforts” for 1.5ºC. For a 50% chance of success, carbon budgets for 1.5ºC and 1.75ºC, irrespective of the trajectory taken, equate to 13 and 24 years at current CO2 emissions levels. We translate the macro global carbon budget to the company level and define “company carbon budgets” to provide aggregate limits for individual oil and gas producers. The majors need to significantly reduce emissions from oil and gas production over the next two decades by on average 40% by 2040 compared to 2019 levels.

Based on our analysis, ExxonMobil and ConocoPhillips are modelled as having to reduce emissions at the fastest rate to stay within their respective company carbon budgets. Shell’s portfolio is most aligned, but would still need cuts of 10%

The ‘carbon bubble’ remains: global proved reserves of fossil fuels still significantly exceed that which can be burned to stay within Paris limits.

We translate the macro global carbon budget to the company level and define “company carbon budgets” to provide aggregate limits for individual oil and gas producers, factoring-in the relative emissions-intensity of different projects.

Production and emissions reductions to 2040 are presented alongside capex numbers from Breaking the Habit (Sept 2019) to give a holistic framework covering the entire oil and gas industry.

We estimate that as a group, the major oil and gas companies need to reduce production by 35% to 2040 to stay within their B2DS budgets. Within this decline there is significant variation, from Shell (-10%) to ConocoPhillips (-85%) reflecting current and future project mix.

Average carbon emissions reductions of 40% are required for the majors; this reflects that the analysis covers production from both oil and gas, with a relative ‘shift to gas’ already factored in for many.

Companies that continue to sanction higher-cost projects which do not fit with a lower demand scenario risk destroying significant shareholder value through the creation of stranded assets, as well as contributing to the failure to achieve climate goals.

Companies can pursue different trajectories to meet their production reduction to 2040, however those that delay taking action carry a greater risk of being caught out.

Current company targets leave much to be desired. They commonly only cover scope 1-2 emissions (accounting for ~15% of lifecycle emissions for fossil fuels), are on an intensity rather than absolute basis, or they often only cover operated assets (meaning that a substantial portion of a company’s production may be excluded).

We define the hallmarks of Paris compliance that a company target should incorporate as a pre-condition for it to be considered Paris compliant. No company currently meets these criteria.

The argument is often made that oil reserves have high natural decline rates which...