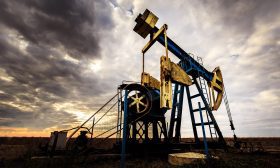 Beyond the Shale: Aboard the Price Rollercoaster

“The oil price rout has punished companies which failed to look ahead and hedge production. Those who set off at a sprint at the start of a marathon are feeling the pain now. Investors will have to be more careful than ever about betting on who will finish first, and indeed if they will cross the line at all,”

- Gerard Wynn, advisor to Carbon Tracker and co-author of the report.

NEW YORK/LONDON, April 6 2016 — The flaws in the business models of some of the largest U.S. shale producers are becoming clear. Growing levels of debt are unsustainable, and there is a risk that investors could face a bumpy ride as sector equity finance surges in 2016, new analysis by the Carbon Tracker Initiative published today has found.

Despite the recent oil price collapse, the analysis shows that equity investors appear to be throwing caution to the wind, piling back into the sector with some $8.9 billion of equity issued already in the first quarter of this year – a more than 10-fold increase on the final three months of 2015, and the highest quarterly level since 2011 at least.

Beyond the Shale: Aboard the Price Rollercoaster analyses five of the largest pure play shale oil and gas Exploration and Production (E&P) companies. Most new U.S. onshore shale production is uneconomic at present oil and gas prices.

The study warns of the risk of pumping cash back into a weakened U.S. shale industry, in anticipation of higher prices, after heavy losses in value for equity and bond investors in the past 10 months.

“The highly leveraged business model of some shale operators is unravelling,” said James Leaton research director of Carbon Tracker. “Investors who jump aboard the oil price rollercoaster will feel sick if it drops suddenly again.”

“The oil price rout has punished companies which failed to look ahead and hedge production. Those who set off at a sprint at the start of a marathon are feeling the pain now. Investors will have to be more careful than ever about betting on who will finish first, and indeed if they will cross the line at all,” said Gerard Wynn an advisor to Carbon Tracker and co-author of the report.

Of the five companies sampled, the report finds that Chesapeake and Whiting Petroleum had the highest leverage, at more than four times adjusted pre-tax earnings, at any conceivable oil and gas prices this year. By contrast, net debt at Concho Resources and Energen remains below four times Earnings EBITDAX, defined as earnings before interest expenses, income taxes, depreciation, property impairments and exploration expenses.

Creditors have tended to use leverage ratios of up to four as an upper limit in their borrowing conditions, or covenants, at a number of E&P companies. A ratio of four is also the threshold applied by the US Office of the Comptroller of the Currency to determine “sub-standard” bank loans. Both Chesapeake and Whiting Petroleum have agreed with creditors to suspend total leverage ceilings under their financial covenants, as they need much higher oil prices to hit a ratio of around four. Chesapeake has additionally had to secure its previously unsecured credit line against its oil and gas properties, putting its assets on the line, and illustrating the risk of wider impacts, once covenant limits are reached.

Risks for investors betting on a recovery in U.S. shale are stark. The sector has total outstanding bond and loan borrowing of $353 billion; some 36% of this, or $128 billion is sub-investment grade or junk debt. The E&P sector accounts for more junk debt than any other economic sector, at 8% of total U.S. junk lending of $1.6 trillion.

Falling confidence in the sector last year in turn damaged asset values, leading to massive loss in wealth. The market capitalisation of U.S. E&P companies fell by $340 billion from May 2015 to March 2016, while bond values have fallen by $76 billion in the past eight months.

[i] Central projections of a 2016 average WTI crude oil price of $45 and natural gas price of $2.6 mmbtu natural gas 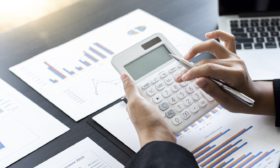 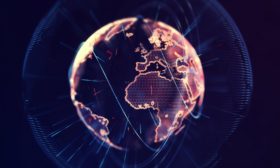