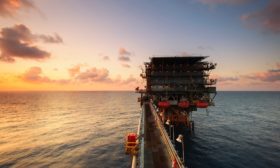 Andrew Grant, Senior Analyst at Carbon Tracker and report author, said: "Every oil major is betting heavily against a 1.5˚C world and investing in projects that are contrary to the Paris goals. Investors should challenge companies’ spending on new fossil fuel production. The best way to both preserve shareholder value in the transition and align with climate change goals will be to focus on low-cost projects that will deliver the highest returns."

Oil and gas companies have approved $50 billion of investment since 2018 in major projects that undermine climate targets and threaten shareholder returns, Carbon Tracker finds in a report released today.

The first study to identify individual projects that are inconsistent with the Paris Agreement finds that no major oil company is investing to support its goals of keeping global warming “well below” 2˚C and to “pursue efforts” to limit it to a maximum of 1.5˚C. Investors are under huge pressure to determine which energy companies are “Paris-compliant”.

It warns that fossil fuel demand will have to fall to meet international climate targets, and only the lowest cost projects will deliver an economic return under these goals. However, the report highlights 18 projects worth $50 billion that have recently been sanctioned that will be “deep out of the money in a low-carbon world”. They include ExxonMobil’s $2.6 billion Aspen project in Canada – the first greenfield oil sands project in five years – which will require an oil price of over $80 a barrel to deliver a 15% return.

“Every oil major is betting heavily against a 1.5˚C world and investing in projects that are contrary to the Paris goals. Investors should challenge companies’ spending on new fossil fuel production. The best way to both preserve shareholder value in the transition and align with climate change goals will be to focus on low-cost projects that will deliver the highest returns.”

Investors are increasingly concerned about the risks climate change poses to their portfolios and their clients’ lives as evidence grows of the dangers of warming beyond the 1.5˚C threshold. They are seeking to drive change in the companies they own through initiatives such as Climate Action 100+, backed by investors with assets worth $34 trillion.

Carbon Tracker applied the IEA’s most ambitious low emissions pathway – the Beyond 2 Degrees Scenario [1.6 deg], and estimates that the world’s largest listed oil and gas companies ExxonMobil, Chevron, Shell, BP, Total, Eni and ConocoPhillips, with Equinor, each spent at least 30% of their investment in 2018 on projects that are inconsistent with a 1.6˚C world. The report found projects already sanctioned by the oil and gas industry will take the world beyond a 1.5˚C warming pathway.

Breaking the Habit: Why none of the large listed oil companies are Paris aligned finds that meeting the IEA’s 1.6˚C scenario will require companies to slash investment, even with significant Carbon Capture and Storage technology, which at present looks very unlikely to be realised. Demand for oil can be satisfied with projects that break even at below $40 per barrel and pursuing higher-cost projects risks creating stranded assets that will never deliver adequate returns.

It warns that oil and gas companies risk wasting $2.2 trillion by 2030 if they base investment decisions on current emissions policies announced by governments, which would lead to 2.7˚C of warming, instead of planning for continued momentum towards a low-carbon world and ensuing reduced demand for fossil fuels.

Major oil companies like Shell, BP, Equinor and Total have sought to reassure investors that they are responding to climate concerns. The first three have said they will test their new investments for consistency with low-carbon scenarios. The report makes clear the change in behaviour that will be required for the industry to become truly “Paris-aligned”.

Investors should challenge investment in projects inconsistent with low-carbon world

Since the start of 2018 all major oil and gas companies have approved project that are not consistent with the Paris goals. Carbon Tracker highlights $50 billion of investment in 18 major projects that are not even consistent with a 1.7-1.8˚C pathway (IEA’s Sustainable Development Scenario).  They include:

Investment decisions on a further $21 billion in 12 projects inconsistent with a low-carbon world are due this year. “These projects represent an imminent challenge for investors and companies looking to align with climate goals,” the report warns.

Carbon Tracker estimates that oil and gas companies would spend $6.5 trillion by 2030 on new production in a 2.7˚C world (IEA’s New Policies Scenario) but investment on projects that fit in a 1.6˚C world amounts to $4.3 trillion. Higher cost projects are at risk of becoming stranded.

Without CCS – 1.5deg is exceeded by already sanctioned projects

Carbon Tracker used International Energy Agency scenarios to model supply of oil and gas under a 1.6˚C demand pathway (B2DS) and a 1.7-1.8˚C pathway (SDS), and compare it with a 2.7˚C pathway (NPS) consistent with emissions policies announced by global governments. It used scenarios from the Intergovernmental Panel on Climate Change to model supply under a 1.5˚C demand pathway.

With available supply outstripping demand it assumes that the projects with the lowest production costs will be most competitive, while high-cost projects relying on higher prices run the risk of becoming “stranded assets”. It analysed 71 of the largest oil and gas companies, calculating their exposure using project supply data from Rystad Energy.

This study updates analysis in Carbon Tracker’s reports 2 Degrees of Separation (2017) and Mind the gap: the $1.6 trillion energy transition risk (2018).

Once embargo lifts the report can be downloaded here: https://carbontransfer.wpengine.com/reports/breaking-the-habit/

The Carbon Tracker Initiative is a not-for-profit financial think tank that seeks to promote a climate-secure global energy market by aligning capital markets with climate reality. Our research to date on the carbon bubble unburnable carbon and stranded assets has begun a new debate on how to align the financial system with the energy transition to a low carbon future. carbontransfer.wpengine.com

Gain not pain: why COP must move the narrative forward

The world has changed a lot since Paris; so too should the logic of climate...