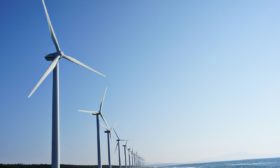 Foot off the Gas: Why the UK should invest in clean energy

Clean energy technologies could keep the lights on at lower cost LONDON, February 25 – Plans to build a...

“By ignoring a least cost clean energy solution, the UK risks veering off a net zero pathway and penalising consumers, as they will be the ones to bear the higher electricity prices.” Said Catharina Hillenbrand Von Der Neyen, Carbon Tracker’s Head of Power & Utilities

Clean energy technologies could keep the lights on at lower cost

LONDON, February 25 – Plans to build a new generation of gas power plants in the UK could derail the country’s climate targets, push up household bills and waste up to £9 billion of investment, warns a new report from the financial think tank Carbon Tracker released today.

It reveals that a combination of clean energy technologies can already offer the same level of grid services as gas, at lower cost. By 2030 it will be 63% more expensive to build new gas power than to set up a Clean Energy Portfolio (CEP). The report raises questions about the UK’s commitment to becoming a world leader in green energy as it prepares to host the UN climate summit.

“By ignoring a least cost clean energy solution, the UK risks veering off a net zero pathway and penalising consumers, as they will be the ones to bear the higher electricity prices.”

The government is committed to phasing out the UK’s last 6GW of coal power by 2025, by which date almost half the country’s 9GW nuclear fleet is due to be decommissioned. Developers plan to fill this gap with 14GW of new gas power, but the report finds they could be left with £9 billion of stranded assets which may not generate an economic return, leading to impairment.

Foot Off The Gas – Why the UK should invest in clean energy calculates that a CEP will deliver the same grid services as a new Combined Cycle Gas Turbine (CCGT) plant at lower cost, providing the same monthly energy, meeting the top 50 hours of peak net load, and offering the same level of grid flexibility. In some months the CEP would generate more energy.

It warns that if the UK pursues gas, rather than the low cost clean energy solution, it risks pushing up prices for consumers. This route will also make it harder to meet the UK’s legal target of achieving net zero emissions by 2050 because the new gas plants would also produce 24 million tonnes of CO2 a year – equivalent to 7% of total UK emissions in 2019.

The report calls on the government to level the playing field for clean technologies by reforming the capacity market, which “disproportionately incentivises and rewards new and existing gas power”.

Power economics reached a tipping point in 2020, when the cost of clean technologies fell to the point where a CEP could produce electricity in the UK at the same cost as a new CCGT, £60/MWh. However, costs of clean technologies – particularly battery storage – are forecast to continue to fall, while gas plants are exposed to rising carbon and volatile gas prices, as has been seen recently with sharp price rises. By 2030, CCGT gas power at £67/MWh will be 63% more expensive than a new CEP on a Levelised Cost of Energy (LCOE) basis. A CEP is expected to produce electricity at a cost of £41/MWh.

The CEP uses onshore wind and utility-scale solar to generate power, backed up by battery storage and demand response which provide flexibility and capacity when renewable generation is not available. Investment in energy efficiency also plays a role.

In the UK the optimum mix of technologies in a CEP would see the contribution of each resource divided as follows:

Offshore wind is currently too expensive relative to onshore wind and solar to be included in the CEP, but the report says it is possible this could change in the near future. UK offshore wind capacity is expected to quadruple by 2030 thanks to government support, and this should drive costs down further.

The report also notes that by 2024 at least six interconnectors will make 7.8GW or more of power available between Great Britain and Europe, providing an additional source of flexibility, although these are not included in the analysis.

Government must allow clean technologies to compete fairly with gas

The report says the UK government views gas as the only reliable, secure source of energy. It designed and introduced the capacity market to ensure security of future power supply. Auctions have disproportionately favoured gas, awarding more than 40% of capacity to CCGTs with just 2% to demand response and 0.5% to battery storage.

However, by favouring gas, the capacity market now threatens consumers with higher prices and conflicts with the UK’s goal to decarbonise the power sector. The Committee on Climate Change recommended all unabated gas plants should be phased out by 2035 to meet the UK’s net zero emissions target.

Not only can CEPs provide the same grid services at lower cost, but they also offer greater security of supply: 54% of UK gas was imported in 2019, exposing the country to import risk and users to volatile energy prices.

The Government has announced plans to make the UK a world leader in green energy, supporting 60,000 jobs, and accelerating progress towards its 2050 net zero target. The report calls on it to level the playing field so all clean technologies can compete fairly against gas in capacity market auctions, especially demand side and storage technologies.

Carbon Tracker assessed the economics of gas and clean energy using the RMI Clean Energy Portfolio Model, which: estimates the grid services of a given gas plant; uses detailed modelling to find the optimal mix of clean technologies to replicate those services; and compares the Levelised Cost of Energy (LCOE) of each solution.

For a full list of 17 proposed new gas power plants with a combined capacity of 14.3GW see pages 23-24 of the report.

Once embargo lifts the report can be downloaded here: https://carbontracker.org/reports/foot-off-the-gas/

This report is a collaboration between Carbon Tracker Initiative (CTI) and RMI, employing Carbon Tracker analysis and RMI’s Clean Energy Portfolio Model. The report has been authored principally by the Carbon Tracker team. The model has been adapted with ongoing advice from RMI.

Carbon Tracker is an independent financial think tank that carries out in-depth analysis on the impact of the energy transition on capital markets and the potential investment in high-cost, carbon-intensive fossil fuels. www.carbontracker.org

RMI — an independent non-profit founded in 1982—transforms global energy use to create a clean, prosperous, and secure low-carbon future. It engages businesses, communities, institutions, and entrepreneurs to accelerate the adoption of market-based solutions that cost-effectively shift from fossil fuels to efficiency and renewables. RMI has offices in Basalt and Boulder, Colorado; New York City; Washington, D.C.; and Beijing.