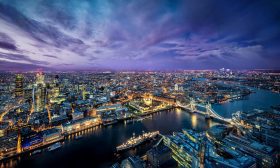 London, 14 October 2014: New research by the Carbon Tracker Initiative (CTI) today reveals that 99% of sampled coal, oil and gas companies recognise climate change poses a risk to their businesses – but perpetuate investor uncertainty with only 7% of companies providing evidence of adequately integrating this risk into corporate project and capital expenditure assessments.

This research provides evidence that investors are receiving insufficient information flows on the vulnerabilities of companies to alternative demand and price futures. Financial regulators and reporting standard setting bodies must significantly increase their scrutiny of the assumptions fossil fuel companies make about future climate trajectories, in order to build ‘climate literate’ capital markets.

“Governor of the Bank of England, Mark Carney, acknowledged last week that the majority of oil reserves are ‘unburnable’[1] and that when it comes to the environment, there is a ‘tragedy of horizons’.[2] To ensure financial actors look more to the long-term on these matters, regulators must increase scrutiny on how climate risk is properly disclosed by listed fossil fuel companies, the most affected sector,” said Mark Campanale, Founder and Executive Director, Carbon Tracker.

“With the IEA forecasting that $23 trillion will be invested in expanding the fossil fuel sector up to 2035, putting this amount of capital at risk doesn’t leave much room for complacency in how climate risks are disclosed,” Mark continues.

Every company in the sample acknowledges the existence of climate change as an issue. 86% go on to highlight physical risks presented by climate change to its business. 99% see potential regulatory risks arising, in particular carbon taxes and cap and trade schemes.

However, these companies are failing to connect the dots by providing detailed information on resilience to low demand and price futures consistent with carbon constraints. Only one fifth (21%) of sampled companies display evidence of running scenario analyses of different temperature increases. Just 7% of this ‘best in class’ sample undertake adequate risk assessment and use these scenarios to stress-test their project portfolio and capital expenditure plans against a 2°C world.

Only one company discloses the prices used to stress-test investments, and none disclose the outcomes of their stress-testing, meaning investors remain without quantitative data to objectively benchmark and gauge exposure to climate-related risk across companies. Therefore, we recommend that:

“This report highlights the vast gulf between what investors are looking for and what energy companies are not providing in regards to financial risks from high carbon, high cost fossil fuel projects. Investors should step up their calls to companies to better explain these huge expenditures.” – Mindy Lubber, president of the sustainability advocacy group Ceres and director of the Investor Network on Climate Risk.

“Stranded assets present a material risk to the global economy which has parallels with the risks that precipitated the financial crisis in 2008. Institutional investors need better disclosure from fossil fuel companies on the potential of their reserves to be stranded and details of how they intend to respond to this risk.

Given that current accounting rules do not require this, institutional investors and financial market regulators must also take urgent action to ensure this risk is assessed, disclosed and managed.”  – Paul Simpson, Chief Executive Officer at CDP.

[2] World Bank seminar on Integrated Reporting, October 10 2014: Mark Carney referred to ‘tragedy of horizons’ – the market failure by which actors including investors, companies and governments are not looking far enough ahead to coming problems like the environment, even though these are known to them. http://www.emergingmarkets.org/Article/3389530/Carney-raises-the-heat-on-climate-you-cant-burn-all-the-oil.html?LS=Twitter

[3] The sample represents those companies that responded to CDP’s 2014 climate change questionnaire, Ceres and CTI’s Carbon Asset Risk Initiative investors letters and were in CTI’s list of the top 200 coal, oil and gas companies by reserves as of the 2013 Wasted Capital and Stranded Assets report.

ESG Indexes: The New Frontier or Business as Usual?