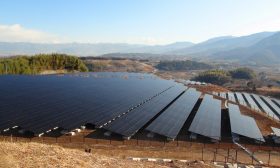 Energy Access: why coal is not the way out of energy poverty

LONDON, 13th November 2014 -- Rural communities in Africa and India suffering most from a lack of modern...

LONDON, 13th November 2014 — Rural communities in Africa and India suffering most from a lack of modern energy can exploit the falling costs of renewable power, to access electricity without the need for expensive grid transmission networks, new research by the Carbon Tracker Initiative (CTI) shows.

The report’s findings are in stark contrast to the views of the global coal industry, whose biggest publicly traded company Peabody Energy Corp, maintains coal is “essential to meet the scale of Africa’s desperate need for electricity.” [1]

Yet, for example, only 7% of those without access to energy in Sub-Saharan Africa live in the handful of countries with producing coal assets, CTI finds. This suggests that many poorer African countries with energy access woes are unlikely to follow the coal-based industrialisation seen in other parts of the world.

Energy access is largely a rural challenge worldwide and will remain so. The cost of installing new centralized electricity grid infrastructure throughout India and Sub-Saharan Africa makes it prohibitively expensive for rural areas.

CTI finds that focusing on off-grid and mini-grid renewables – as solar costs fall and battery technology improves — are the most cost-effective solutions in many emerging economies to energy access. When the cost of introducing grid infrastructure is included in cost comparisons, off-grid and mini-grid renewables are cheaper than funding new electricity grids and coal-powered stations. The IEA sees 59% of all energy access being supplied by mini-grids or off-grid by 2030 in its universal access scenario.

Whole communities can benefit from renewable power through mini-grids, which are already proving popular in developed countries at critical sites such as hospitals and defence installations. They simply involve a small grid with independent renewable energy resources that can operate independently of a wider transmission network.

Improving access to low-cost renewable power needs a further rolling out of innovative credit for poor communities. For example, in India, micro-credit arrangements allow households to pay off their solar panel loans in very small amounts every week, instead of larger chunks every month.

“This shows how energy may echo telecoms where mobile networks have provided communications links without a wired telecom network and infrastructure being required – this is what we are seeing in the energy markets in the developing world,” said Anthony Hobley, CEO of Carbon Tracker.

Even in urban areas where economic development is typically concentrated and coal is available, the cost of renewable energy is favourably comparable with new efficient coal plants. A recent illustration is with South Africa’s state-owned Eskom projects where the commissioned renewables cost $75/MWh (wind) to $100/MWh (solar). The new Medupi coal plant is estimated to cost around $90/MWh, with its sister plant expected to come in at an even greater cost.

Importantly, smaller enterprises in emerging economies, the backbone of economic growth and employment, are well suited to mini grids. Mark Fulton, an analyst and advisor to Carbon Tracker, said: “As the costs of photovoltaics reduce and battery technology improves, this can provide a growing share of hybrid solar/diesel generator solutions which suit local small enterprises as well as rural settings and include more locally manufactured elements over time.”

The global coal industry regularly cites the IEA’s “New Policies Scenario” as driving huge growth in demand, and solving energy access problems. However this scenario only sees an 18% global increase in coal demand, and leaves nearly three-quarters of the energy poor still without access to energy.

CTI finds that the cost improvements and installation rates for renewables are surpassing all predictions. The challenge is to find up-front capital financing which highlights the importance of international climate finance initiatives.

But the overall long-term costs should be at least the same as, if not lower for higher renewable mixes. This means that if the right up-front financing models can be applied, the reduced fuel costs will see the poor having improved sustainable energy access without increased costs.

“Coal is essential to meet the scale of Africa’s desperate need for electricity.”