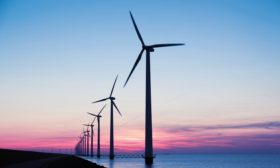 Decline and Fall: The Size & Vulnerability of the Fossil Fuel System

Kingsmill Bond, Carbon Tracker Energy Strategist and report author, said: “We are witnessing the decline and fall of the fossil fuel system. Technological innovation and policy support is driving peak fossil fuel demand in sector after sector and country after country, and the COVID-19 pandemic has accelerated this. We may now have seen peak fossil fuel demand as a whole.
This is a huge opportunity for countries that import fossil fuels which can save trillions of dollars by switching to a clean energy economy in line with the Paris Agreement. Now is the time to plan an orderly wind-down of fossil fuel assets and manage the impact on the global economy rather than try to sustain the unsustainable.”

Countries must plan orderly exit from oil, gas and coal

It warns that the fossil fuel industry is approaching terminal decline because of competition from clean technologies and tougher government polices to achieve climate targets and increase energy security. The COVID-19 crisis is now accelerating this: demand for oil could fall by 9% in 2020 according to the International Energy Agency.[1]

The size of the fossil fuel economy suggests its decline could pose a significant threat to global financial stability. Companies across the fossil fuel system are worth $18 trillion in listed equity, making up a quarter of the total value of global equity markets, and they account for $8 trillion of corporate bonds, more than half the non-financial corporate bond market. Unlisted debt —  much of it owed to banks — may be four times greater.

The World Bank valued future profits from oil, gas and coal at $39 trillion in 2018[2], but Carbon Tracker’s report finds that if demand falls by 2% a year in line with the Paris Agreement and discount rates rise in line with increased risk, future profits would collapse by nearly two thirds to just $14 trillion. It also shows that producers expecting a return to business as usual could be banking on much higher profits — well in excess of $100 trillion.

Kingsmill Bond, Carbon Tracker Energy Strategist and report author, said: “We are witnessing the decline and fall of the fossil fuel system. Technological innovation and policy support is driving peak fossil fuel demand in sector after sector and country after country, and the COVID-19 pandemic has accelerated this. We may now have seen peak fossil fuel demand as a whole.

“This is a huge opportunity for countries that import fossil fuels which can save trillions of dollars by switching to a clean energy economy in line with the Paris Agreement. Now is the time to plan an orderly wind-down of fossil fuel assets and manage the impact on the global economy rather than try to sustain the unsustainable.”

Companies like Exxon[3] are still forecasting continued growth in demand for fossil fuels, and the fossil fuel system as a whole has been investing $5 trillion a year on new supply and demand infrastructure. But Shell’s recent dividend cut, Repsol’s decision to write off €4.8 billion of assets last year, and growing bankruptcies in the US shale oil sector are all symptoms of an industry undergoing structural change.

Decline and Fall: The Size & Vulnerability of the Fossil Fuel System sets out how falling demand for fossil fuels leads to overcapacity, driving prices down, and cutting profits and company share prices. Many companies will be forced to write off assets, cancel investment or even go bust. Even companies which remain profitable will make far less money than before.

The fossil fuel system is enormous, with physical supply and demand infrastructure worth $32 trillion, and its decline could send shockwaves through the global economy. It includes: producers of coal, oil and gas; companies which make and run power stations, cars, trucks, planes and ships; the steel, cement, petrochemical and aluminium industries which are heavy users of fossil fuels; and the companies which supply and build their infrastructure.

The collapse in the scale of future fossil fuel profits could threaten the stability of petrostates — countries whose economies rely on oil export income. The world’s biggest earners are Saudi Arabia, Russia, Iraq and Iran, and countries that are particularly vulnerable include Venezuela, Ecuador, Libya, Algeria, Nigeria and Angola.

Investors will be hit because as returns fall, there will be less capital available for dividends and interest payments. In the UK, for example, the oil and gas sector generated 24% of dividends from the FTSE Index in 2019.  Markets might sell down stock in anticipation of peak demand long before assets are written down.

Companies worth $6 trillion are particularly vulnerable because they are operating in sectors expanding the fossil fuel system, from builders of LNG facilities and oil pipelines to makers of conventional car engines and gas turbines.

The fossil fuel system is highly vulnerable to disruption. Even before the COVID crisis growth in fossil fuel demand was below 1% a year and clean technology is now meeting an increasing share of world energy demand.

Renewables are already the cheapest form of bulk energy production in 85% of the world, and electric vehicle batteries are comparable with the cost of conventional car engines. Electricity companies are rapidly switching to renewables while carmakers are shifting production to electric vehicles. This is significant because electricity consumes more than a third of global fossil fuel production and the greatest demand for oil comes from the automotive sector.

Governments are supporting clean technology in order to meet the Paris climate targets and tackle air pollution from fossil fuels, which kills 4.5 million people a year. Energy security is also a big incentive for China and India, which are heavily reliant on fossil fuel imports.

The report notes that fossil fuel importing countries – home to 80% of global population – also have a financial incentive to back renewables because they have been transferring over $2 trillion a year in profits to the petrostates.

It warns investors: “There is far more risk inherent in the fossil fuel system than is conventionally priced into financial markets. Investors need to increase discount rates, reduce expected prices, curtail terminal values and account for the clean-up costs.”

Once embargo lifts the report can be downloaded here:   https://carbontracker.org/reports/decline-and-fall/

More than a fifth of European gas units and nearly a third in US run at a... 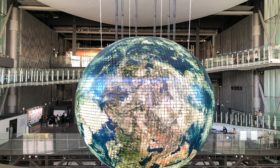 COP26 | What does an Equitable Energy...

5 November | Online The event will bring together Ministers from... 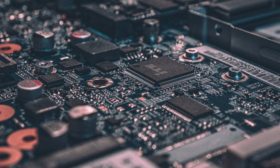