Russia’s unprovoked invasion of Ukraine has created terrible consequences for those living inside Ukraine, but at the same time it has highlighted Europe’s need to pivot away from Russian gas reliance once and for all, pushing EU member states to accelerate energy transition.

As can be seen in figure 1, even before Russia’s invasion of Ukraine, gas prices had been increasing sharply, with new highs being established owing to a post-pandemic rebound in demand and low reserves available in storage.

Source: Bloomberg, pricing as of 1 March

Although concerns of supply disruptions as a result of the Russian invasion of Ukraine have sent European gas prices about 60% higher from recent lows, it is worth highlighting that Russia has been steadily reducing its gas exports to Europe over the last couple of years whilst expanding gas supplies to China. That said, Russian gas still accounts for around 40% of European supplies with countries including Germany and Italy heavily reliant on such imports.

Incidentally although the UK is heavily reliant on gas in its generation mix (36% of total power generation in 2020) and is import dependent (approximately half of the UK’s gas needs comes from imports), Russian gas imports are negligible, accounting for less than 5% of UK supplies. Nevertheless, the UK will not be immune from rising prices as a result of the knock-on effects from Europe.

High gas prices have fed through to higher electricity bills for consumers and industrial users causing major concerns in many European countries, especially at a time when inflation from other essentials such as food and transport is also rising. High gas prices serve to highlight how exposed Europe is to fossil fuels for its energy needs, with approximately 60% of Europe’s gas demand coming from imports. This in turn has helped shift public and political momentum in Europe for a swifter energy transition.

Energy security and the energy transition are inextricably linked

Now, more than ever, Europe views a potential sharp curtailment of Russian gas supplies as an existential threat, a bargaining chip that hands power to President Putin. Conversely, the large-scale adoption of low-carbon energy technologies such as solar, wind and green hydrogen would reduce Russia’s geopolitical and economic influence, as demand shifts away from fossil fuels thus serving to neuter Russian belligerence. Most notable, was Germany’s recent decision to halt certification of the Nord Stream 2 pipeline from Russia.

There are two main narratives in how a pivot away from Russian gas (and fossil fuel imports more generally) in Europe could be achieved. One supports the development of indigenous fossil gas resources, where available, and diversifying suppliers, while the other argues for an accelerated energy transition. We argue that decarbonization over diversification will offer the best outcome in the medium-term for Europe.

It makes no sense to lock countries into fossil fuel dependent power grids over the medium term, regardless of where the fuel comes from. Firstly, any move to develop domestic fossil fuel resources implies a long lead time from project conception to first production, often measured in decades rather than years, so it is not a short-term fix for either energy security or alleviating price pressures. Diversifying suppliers is easier said than done and, again, would be unlikely to ease price pressures given the global nature of gas trade. Secondly, as we highlighted in our recent gas report Put Gas on Standby, the vast majority of unabated gas plants being planned in Europe today are incompatible with a net zero emissions pathway and risk investors and taxpayers losing billions whilst tying end users to volatile and expensive power prices.

Instead, Europe could rapidly reduce its reliance on Russian gas (and fossil fuels more broadly) by accelerating the implementation of the European Green Deal. This involves continuing to speed up investments in renewable energy technologies as well as focusing on energy efficiency measures.

Proposed EU energy and investment policies such as the EU taxonomy should be reviewed to reflect these energy security objectives, dismantling any perceived support for a new pipeline of gas power plants in Europe, and ensuring funds are instead directed towards a rapid transition to clean energy.

The rapid development of renewables is only expected to accelerate this decade. The learning rates attributable to renewable technologies will continue to exert deflationary pressures on costs whereas fossil fuel plants, receive no such benefit.

There is no shortage of ambition to hasten the energy transition. For example, Germany recently announced a goal to derive 100% of electricity from renewable sources by 2035 with more ambitious targets for 2030 expected. To illustrate what is achievable in a relatively short period of time, Ember highlighted in a recent report that the Netherlands and Spain were both able to cut their reliance on gas by around 20% within two years by accelerating the build out of renewables. Several countries in Europe including Germany, Spain and the UK already derive a third of their power from renewable sources.

Indeed, it is policy and regulation, not economic or technological factors, which remain the principal barriers to delivering the required investments. Our own analysis shows that renewables in Europe are lower cost today than existing gas plants when comparing the LCOE[2] of new solar and onshore wind with the LRMC[3] of operating gas.

Moreover, as we highlight in our Foot Off the Gas reports covering the UK and Italy markets, investments in energy efficiency, demand response and storage technologies will also be essential to complement the build out of low cost renewables.

Figure 3 a mixture of clean energy resources could replace a 1,680 MW CCGT[4] 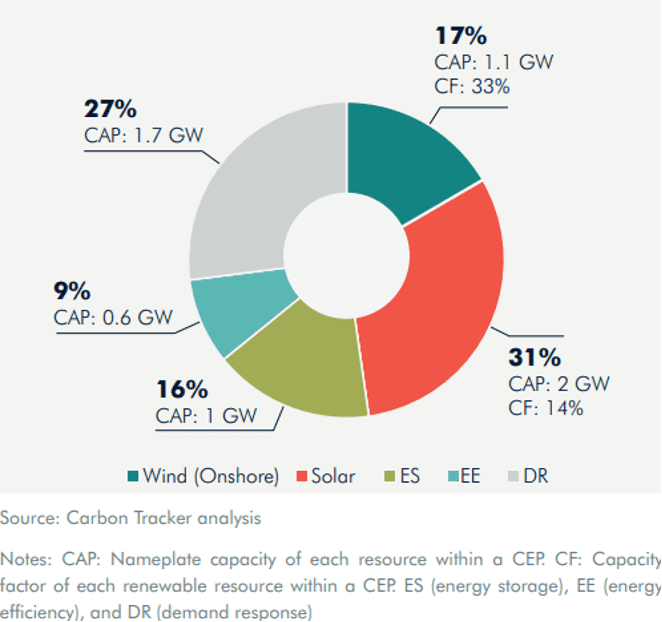 For example, figure 3 shows a mix of energy storage, energy efficiency and demand response in addition to solar and onshore wind resources that would be required to provide equivalent grid services at lower cost than a new build 1,680 MW gas plant in Italy. Such a mix of resources is a viable and least-cost option for Italian power generation.

As the EU climate chief, Frans Timmermans, said in January, “If you really want to make sure that you can provide stable, affordable energy to your citizens, renewables is the answer.”

In January, the Colorado Oil and Gas Conservation Commission (COGCC) will vote on the new...