When does the “carbon bubble” become a systemic risk?

Through our pioneering “Carbon Bubble” work we used a simple idea and easy numbers to show that we can only burn a third of the world’s fossil fuel reserves and resources to have any chance of limiting global warming to 2 degrees.

Our seminal carbon budget and bubble theory, that Rolling Stone called the “terrifying new math”, has taken the world by storm.

“Stranded assets” and “unburnable carbon” – terms we have coined in successive studies — have entered the financial lexicon and even the mainstream to some degree.

Institutions like the IPCC, IEA, the World Bank, governments regulators, big pension funds and even fossil fuel companies have all either adopted, or have been forced to respond to our thinking.

Just this week, Shell’s chief executive Ben van Beurden was forced to admit the argument “sounds quite convincing” at the company’s AGM, under intense questioning by shareholder activists.

Our carbon bubble theory has also inadvertently spawned what a recent study by Oxford University (which this week announced partial divestment from coal and tar sands) called one of the fastest growing divestment campaigns in history.

But does the carbon bubble hypothesis create a potential risk for investors and for the global financial system and, most importantly, when?

This is a message that has been widely misunderstood and needs clarification.

When we examine whether the carbon bubble is a threat to financial stability we discuss it in the context of what we term the “orderly versus disorderly transition”.

We do not argue that the carbon bubble is a threat to financial stability now but rather that we face a rapidly inflating carbon bubble if we delay necessary action any further.

We still have just enough time to undergo an orderly transition over the next two to three decades. However, further delay raises the risks and probability of a disorderly one dramatically.

An orderly transition is one that takes place within the current financial and economic system. It does not threaten or overwhelm the very fabric of our markets; it does not create systemic levels of stranding or contagion and it does not require massive and aggressive government intervention and centralised demand and control.

But make no mistake it will still create plenty of winners and losers, especially in the corporate world. Many incumbents won’t be nimble enough to survive it, though plenty of new and innovative companies will be created. The key point is that our economic system as we know it should survive.

The orderly transition scenario, is one where we draw a line in the sand and send a crystal clear signal for a transition to a climate secure global energy system, through say, a sufficiently ambitious global climate deal.

Governments and more importantly the financial sector will divert the trillions of dollars needed away from fossil fuels to fund a low-carbon economy. As in any major industrial, societal or technological change there will be winners and losers.

The disorderly low-carbon transition, however, will be an entirely different ball game. It will threaten the very fabric of our financial and economic system. It will require significant central government intervention. It will create systemic levels of stranded assets, financial dislocation and contagion.

It’s one where events and, in all probability technological alternatives, prompt governments into urgent action to avoid catastrophic climate change as they fully recognise the dangers of hurtling towards an unimaginable 6-degree world or more. An analogy is the strong response to the global financial crisis or the German government’s reaction to the nuclear accident in Fukushima.

We believe that if the world continues to procrastinate it will without doubt have severe consequences for the global financial system. Every week, month and year of delay increases (possibly exponentially) the severity and speed of the action needed by governments and hence the likely severity of the transformation.

That resulting disruption comes from markets “misreading” the disorderly transition when ultimately strong and even severe policy action emerges to curb emissions.

Such a misread is, however, much less likely under the orderly scenario because markets have been given a clear signal that change is coming and the time to prepare.

It is therefore the disorderly transition that gives rise to the risk of significant stranded assets, wasted capital, and massive financial dislocation.

In the next blog we will consider the role macro and micro financial regulators need to play in managing the risk of the disorderly transition arising in the first place and ensuring investors have the necessary financial transparency to correctly price the fossil fuel risk premium.

Anthony Hobley is the CEO of London-based Carbon Tracker

Read the second blog: ‘Facing up to the fossil fuel risk premium?’

Read the fourth blog: ‘Are regulators prepared if the market misreads climate risk?’

Shell and Eni’s recent strategy updates have highlighted a key emerging point in the... 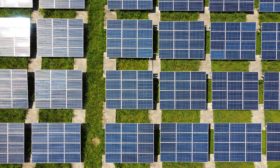 A Clean Energy Portfolio for the... 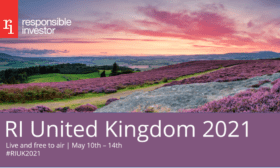 10-14 May | Online This free-to-air conference will bring together... 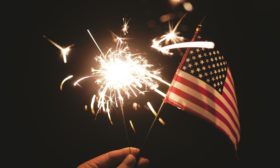 Webinar: The Return of the US at COP

11 May | Online The election of President Joe Biden brought a...