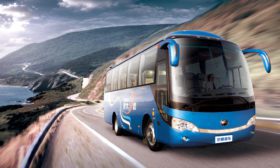 China leads transition that may slash growth in global oil demand by 70%.

LONDON/NEW YORK, November 20 – China is leading a switch to electric vehicles (EV) in emerging markets which will save governments $250 billion a year in oil imports and cut expected growth in global oil demand by 70%, finds a new report from the financial think tank Carbon Tracker published on Friday.

It’s thought to be the first study to reveal that transport in emerging markets accounts for more than 80% of all expected growth in oil demand up to 2030, based on an analysis of the International Energy Agency’s business as usual scenario. Half of the growth is forecast to come from China and India.

But the report notes that these countries are already reducing their dependence on oil and actively supporting EVs as prices fall close to those of petrol and diesel vehicles. China leads the world in the deployment of EV and India is following the same path.

“This is a simple choice between growing dependency on what has been expensive oil produced by a foreign cartel, or domestic electricity produced by renewable sources whose prices fall over time. Emerging market importers will bring the oil era to an end.”

Most governments have strong incentives to electrify their transport systems. Emerging markets – India, China, South East Asia and most of Africa – spend huge sums on oil imports every year, and two thirds (68%) is used for transport. Oil imports cost 1.5% of China’s GDP and 2.6% of India’s GDP.

Nothing to lose but your chains: The emerging market transport leapfrog calculates that a switch to EVs could save emerging markets up to $250 billion a year collectively on oil imports by 2030, more than enough to pay for the infrastructure needed to support electrified transport. Annual savings would be over $80 billion in China and over $35 billion in India.

There are also strong public health grounds to cut oil use. Pollution linked to road transport causes 285,000 deaths a year in oil-importing emerging markets, including 114,000 in China and 74,000 in India, reports the International Council on Clean Transportation.

Battery prices have fallen 20% a year since 2010, stimulating huge new markets for EVs. The next few years will see them fall from $135/KWh to below $100/KWh, the point at which EVs become as cheap to buy as conventional vehicles. By 2030 they will be cheaper still – BNEF forecasts a battery price of $61/KWh while carmakers like VW and Tesla expect $50/KWh.

Chinese central planning has supported the country’s EV industry for many years as a means to reduce oil dependency and establish a lead in the emerging technology. China’s BYD is now the world’s fifth biggest carmaker, with a larger market capitalisation than General Motors.

In 2019, EVs accounted for 61% of China’s two-wheeler sales and 59% of bus sales, and the government plans that by 2025 one in five cars sold will be an EV. President Xi Jinping’s recent commitment to achieve net zero emissions by 2060 implies that all car sales in China will need to have an EV drivetrain by 2035.

Other countries are poised to follow. The Indian government plans for EVs to make up 30% of car sales by 2030, but local forecasters believe that by that date 30% of cars and 80% of two-wheeler sales could be electric.[1]

Shift to EVs will pay for itself

Countries can finance the shift to EVs from the huge savings they will make on oil imports. Carbon Tracker calculates that the cost of importing oil for the average car is ten times higher than the cost of the solar equipment needed to power an equivalent EV.[2]  The annual cost per car of imported gasoline is almost the same as the total cost of local charging infrastructure for an EV.[3]

Moreover, switching to EVs brings wider economic benefits by cutting the price of any remaining oil imports. Emerging markets are the single biggest driver of expected growth in demand for oil, so if that trend plays out it could contribute to prices falling by up to a quarter.

The report suggests that governments are likely to adopt supportive policies designed to reach cost price parity as quickly as possible and then encourage consumers to switch by taxing and eventually phasing out conventional vehicles.

The alternative, continuing with fossil fuel transport policies, would require countries to invest in building a network of refineries, pipelines and filling stations with the risk that they would become obsolete stranded assets.

“A switch to EVs in emerging markets would see oil importers alone cut growth in global oil demand by over 70%. Factor in the war on plastics hitting petchem demand and rising EV penetration in developed markets, and it becomes ever more likely that we have seen peak oil demand in 2019.”

Global oil demand is expected to increase by 5.3mbpd from 2019-2030, according to the IEA’s STEPS scenario, which is based on policies announced by governments, representing business as usual. Emerging markets are expected to increase oil imports for road transport by 4.4mbpd up to 2030, accounting for more than 80% of the total growth in oil demand, ahead of plastics (3.0mbpd) and international aviation and shipping (1.3mbpd).

Carbon Tracker illustrates the impact of a switch to EVs by using the IEA’s Sustainable Development Scenario (SDS), which projects that by 2030 EVs will account for 40% of car sales in China, 30% in India and 20% in the rest of the emerging markets. The report notes that these are ‘relatively unambitious’ figures.

This scenario would see emerging markets’ oil imports for road transport rise by just 0.6mbpd by 2030, slashing expected global growth in demand for oil by 70%. Under SDS, oil prices would be a quarter lower than under STEPs. Reduced imports and lower prices would cut emerging markets’ collective oil bill by 38% saving them $250 billion a year.

Once embargo lifts the report can be downloaded here:  https://carbontracker.org/reports/nothing-to-lose-but-your-chains/

[2] The average car uses a tonne of oil a year to travel 14,000km according to BNEF. The cost of importing this oil over its 15-year lifetime is $10,000, compared with just $800 to import the solar equipment needed to power a comparable electric vehicle.

[3] The International Council on Clean Transportation puts the cost of public EV charging infrastructure in the US at $480 per vehicle, falling to $300 over time, and the cost of home chargers at $510-$540 per car. The total long-term cost is around $800 per car, little more than the $650 annual cost of oil imports to run an ICE car.

The exit of Trump removes the greatest impediment to the energy transition, and will...

The Map Is Not the Territory: New Routes to a 1.5°C Future

Explorers use maps intensively, but they take the information recorded in the charts they...

1-2 December | Virtual RESHAPING THE ENERGY INDUSTRY FOR A... 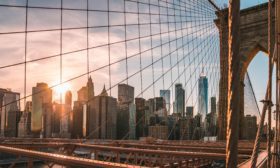