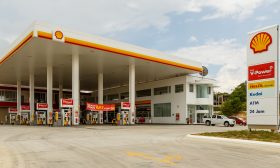 Responding to Shell: An Analytical perspective

Shell underestimates risk for up to $77 bln of high cost oil projects Responding to Shell: An Analytical...

Responding to Shell: An Analytical Perspective

London, July 9th 2014 — The Carbon Tracker Initiative (CTI) and Energy Transition Advisors (ETA) have today jointly published a thorough response to Shell’s stranded assets statement published on May 16th. The think tanks’ reply is based on a detailed technical analysis of Shell’s argument. Overall, we welcome the engagement with these issues, but Shell’s approach is based on dismissing potentially weaker demand for its oil due to tougher climate policies, technological advances and slower economic growth. CTI and ETA have also found that the company selectively applies different timelines to fit its business strategy. For example, Shell:

Shell’s response selectively focuses on producing oil fields and projects that are nearest to completion. Our analysis examines a broader range of its assets than in Shell’s letter. Over the next 10 years, we estimate that Shell could invest some $77 billion in high-risk, high-cost projects (needing over $95 per barrel for sanction) . If Shell invests the proceeds from its producing assets into resources such as these, it will be at a progressively greater risk to changes in demand caused by measures to cut pollution. Focusing solely on carbon risk over the next 11.5 years rather than its true resource life of several decades is therefore short sighted.

Anthony Hobley, CEO of CTI, said: “With this combative stance, Shell has missed an opportunity to explain to its shareholders how its capital expenditure plans are resilient to the impending energy transition. Acknowledging the seriousness of the climate challenge whilst at the same time asserting no effective action will be taken until the end of the century is as classic a case of Orwellian double think as you are likely to find.”

Shell’s response also misrepresents the IPCC by stating on the first page of its public response that ‘there is a high degree of confidence that global warming will exceed 2 degrees Celsius by the end of the 21st century’. In fact, this is only one stated outcome if there is no action to reduce global emissions.

Unlike Shell, we believe that climate regulation and related environmental policy is gathering pace, while other economic forces such as efficiency are also affecting demand. Mark Fulton, ETA Founding Partner and Advisor to CTI, said: “We believe that by stress testing more aggressively Shell’s future assumptions about demand and climate policy that this will lead to a productive dialogue with investors on capital management and capital discipline in relation to high-price high-carbon investments.”

As a result we would like Shell to heed the following advice for the sake of their shareholders:

On May 16th 2014 Royal Dutch Shell issued a 20-page public letter “in response to enquiries from shareholders regarding the ‘carbon bubble’ or ‘stranded assets’ issue.” This was prompted by the Carbon Asset Risk engagement initiative co-ordinated by CTI and CERES. Investors with over $3 trillion in assets raised these issues with 45 of the largest fossil fuel companies. More information on the Carbon Asset Risk initiative is available here.

Shell’s letter was released a week after the think tanks jointly published a major report, entitled Carbon Supply Cost Curves: Evaluating Financial Risk to Oil Capital Expenditures. The study allows investors to identify the highest–risk, highest–cost oil projects, to help them avoid the destruction of shareholder value in the context a range of factors, including potential lower demand for fossil fuels, more ambitious emissions regulation at all levels, technological advances and improved efficiency.