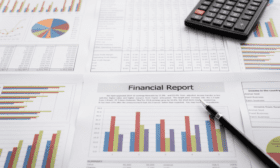 Barbara Davidson, Carbon Tracker’s Head of Accounting, Audit and Disclosure and lead author said: “Even after adjusting for changes in the methodology since last year and despite some improvements in disclosure, no CA100+ focus company provided all of the information required by the relevant standards or requested by investors. This is despite the fact that most companies operate across a range of high emitting sectors including oil & gas, mining, transportation and industrials. Many asset and liability values rely on forward-looking assumptions.  When companies don't take climate-related matters into account, their financial statements may include overstated assets, understated liabilities and overstated profits.”

Rob Schuwerk Carbon Tracker’s U.S Executive Director and report co-author said: “Glencore's financial statements are particularly illuminating--they show that in the event of a scenario like the IEA Net Zero Emissions by 2050 Scenario, it would have to write down virtually all the value of its thermal coal assets.  How many more company balance sheets carry similar risks?”

In 2021,  Carbon Tracker published its first report about the degree to which companies had disclosed taking climate risks into account within financial statements, and auditors in their audits thereof.

The report included whether the assumptions and estimates that companies used were transparent and consistent with other aspects of reports. See  “Flying Blind: The glaring absence of climate risks in financial reporting” (FB 1.0).

The companies surveyed included those from the fossil fuel, mining, manufacturing, and automotive sectors that are focus companies for the investor led Climate Action 100+ engagement.

[1] Given the importance of this there have also been several new proposals internationally for enhanced reporting outside of the financials (so-called ‘narrative reporting’).

Our reviews of 134 highly carbon-exposed companies provided little evidence that they had considered the impacts of material climate-related matters in preparing their financial statements.

In general, companies failed to disclose the relevant quantitative climate-related assumptions and estimates used to prepare the financial statements, even when they indicated that climate risks may impact these assumptions.

Companies did not present consistent climate narratives. Their financial statements failed to fully reflect climate considerations included in the companies’ other reporting.

There was little evidence that auditors considered the impact of material climate-related matters.

No company used assumptions and estimates that were aligned with achieving net zero by 2050 or sooner. This was despite that a significant majority of companies had targets or ambitions to achieve this drive. 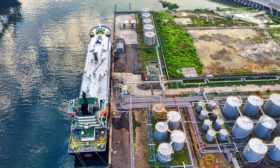 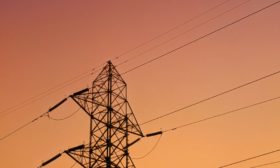