In the US, carbon-intensive sectors have made risk factor disclosures related to climate change for years but very little of it has been “decision useful.”

This is in part due to the general nature of “risk factor” disclosure. But it is also because few companies have focused on how policy and technological efforts to meet emissions reductions targets will impact the company. Companies themselves are best positioned to provide this.

Carbon Tracker’s view is that climate targets – whether achieved by policy, technological progress, or other means – offer a clear statement of the direction of travel and level of global ambition and therefore a useful proxy for quantifying the extent of the risk.

There is clear demand for better information about how different energy and emissions scenarios impact businesses, as shown by the well-supported resolutions at extractive companies last year. Regulators are also doing more thinking, with the FSB taskforce currently reviewing how emissions scenarios may be used to stress test the business models of companies. The SEC has also requested public comment in a Concept Release, which is looking at how the disclosure of risk could be improved and is asking whether current reporting on climate change is adequate.

However most companies have argued that the international targets are not instructive and, in any event, cannot be evaluated without specific policy proposals. New research by Carbon Tracker challenges both of these arguments.

In this new report, we examine selected US coal company disclosures between 2010-2015, looking at the forecasts and projections identified in their annual reports (10-Ks). In many cases, US coal companies relied upon the EIA Reference Case, which is a scenario projection of current business-as-usual trends over a 20-30 year period, assuming no new policies, regulatory interventions, or disruptive technological developments.

The EIA makes clear that the Reference Case is not a forecast, but instead a projection of current trends in order to provide a policymaker baseline for how things might develop absent of additional policy action. This distinction seems to have been lost in many corporate reports.

On occasion, the EIA has also modeled proposed climate policies and regulations, including the American Power Act of 2009 (APA), American Clean Energy and Security Act of 2009 (ACESA), and the Clean Power Plan. In each instance, the EIA modeled the proposed policy changes, and imposed constraints in the modelling consistent with the emissions reduction targets in the law or regulation. The inclusion of such constraints allowed the model to track how those emissions reduction targets (which were largely consistent with President Obama’s Copenhagen pledges) might result in fuel switching. In other respects, the APA/ACESA modeling was similar to what EIA does to build its Reference Case.

Unsurprisingly, these models suggested drastic reductions in coal consumption. The APA/ACESA bills were not enacted. However, the APA/ACESA modelling has been a far better indication of the actual course of emissions reductions and the drastic draw down of coal usage than the EIA’s Reference Case, which companies continued to emphasize in public reports.

This suggests that, regardless of how they are achieved, emissions reduction goals may provide a useful proxy for quantifying the impact of climate mitigation efforts on future fossil fuel demand.

Fixating on specific policy proposals rather than the overall emissions trajectory may mistake the forest for the trees. Regulators and policy-makers should be asking themselves whether an analysis of those policy targets is warranted and whether reference to business-as-usual is a reasonable view to take.

In response to an enquiry from the G20, the Financial Stability Board produced a seminal...

Expect the Unexpected: The Disruptive Power of Low-carbon Technology

This report was produced in partnership between Carbon Tracker and the Grantham Institute...

The end of the load for coal and gas

Carbon Tracker’s work on the energy transition has already demonstrated the value in... 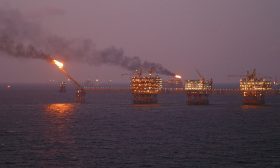 Climate Disclosures -- Under investors’ microscopes, but still out... 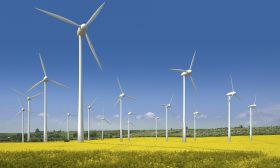 WEO 2016 also warns of disjointed scenario if energy transition is...