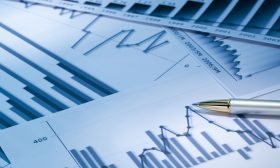 Under The Microscope: Are companies’ scenario analyses meeting investors’ requirements?

Climate Disclosures -- Under investors’ microscopes, but still out of focus LONDON, May 2 1-...

LONDON, May 2 1- Shareholders and financial regulators have called for decision-useful disclosure of the financial impact of efforts to limit global warming to well-below two-degrees Celsius (2°C). At the front-line of this low carbon transition, fossil fuel companies have been publishing reports in response.

“Company risk disclosures are full of concerns for demand lost to renewable technologies and climate policy, yet the oil majors claim they are resilient even to a full-blown low-carbon transition. Do these statements make sense together?  Our recent report puts these claims to the test for investors.”

Ahead of the BP and Shell AGMs next week – we analyse their attempts to disclose climate related risk. The full report incorporating all the eight largest oil and gas companies will be made available on Monday at 0001 BST to inform investor analysis of climate related disclosures for upcoming U.S. AGM’s.

Despite these challenges, integrated oil companies aren’t planning on 2°C any time soon, yet claim they can manage it nonetheless. Most companies agree that lower oil and gas demand would in turn lead to lower commodity prices, but there is little discussion about how much lower they anticipate prices falling.

Recently Shell was confident in the Carmon Creek project which it sanctioned in 2013, but only two years later was forced to close it during construction, saddling shareholders with a $2 billion impairment and de-booking 418 million barrels of oil.

Companies use a range of internal and proprietary 2°C scenarios, making them difficult to compare. Total, for instance, says that quantifying the outputs of scenario analysis might be irrelevant for investors because of incomparability.  This builds a strong case for using a common reference scenario.

Some oil majors (ENI, Chevron, Total) apply the IEA’s “Sustainable Development Scenario”, formerly the “450 Scenario” – considered at the upper end of compliance with 2˚C. Many scenarios are reliant upon the rapid global deployment of commercially unproven Carbon Capture and Storage (CCS) technologies to achieve the target.

Little quantification of financial risk flowing from the scenario analysis is provided. Key details are omitted from scenario and stranded asset risk analysis, including the financial impacts of sustained high carbon prices and oil demand destruction resulting from the rapid advancement of renewables and EVs.

“Under the Microscope aims to cut through the clutter in the company climate related disclosures to focus on the fundamentals. What will happen to fossil fuel demand? How will prices be impacted?  And how would that impact company results? American companies claim that it’s too commercially sensitive to disclose oil prices used in impairment testing, but their European counterparts disclose these on a regular basis, suggesting the concerns are overblown.”

BP’s comprehensive Energy Outlook points to significantly changing energy markets and the difficulty of accurately predicting low-carbon technologies’ erosion of fossil fuel demand. However, the company has pivoted away from presenting a “base case” scenario or expected case, making it unclear as to which scenario most informs the company’s decision-making.

BP does not meaningfully discuss the potential financial impact of a 2°C or below scenario, making it a laggard in this regard. Several companies, including Oil Search, much smaller than BP, have produced more robust and detailed 2°C scenario analysis than BP’s.  If Oil Search can do it, why can’t BP?

In Shell’s case, climate-related disclosure has progressed in recent years and the company has presented targets for lowering the emissions intensity of its entire business. However, in its recent “Sky Scenario” which it says “illustrates a technically possible, but challenging pathway” for society to achieve the goals of the Paris Accord, we find it differs little from many business as usual forecasts over the next 12 years. Shell’s Sky scenario relies on enormous deployment of carbon capture and storage in the long-term to rein in emissions.

Shell concludes that its business can thrive in its Sky Scenario but there is a lack of clarity on how it has assessed the financial impacts. For instance, Shell says that 80% of proven reserves will be produced before 2030 and are therefore not at risk of stranding. But how would the use of the IEA’s more stringent “Beyond 2 Degree Scenario” (B2DS) pathway of oil and gas (50% less demand than BAU) impact Shell’s assessment?