What can the global oil and gas sector learn from the decline of the European electricity sector after 2007?

The story of the decline of the European electricity sector in the decade after 2007 is a complex one. Nevertheless, we believe that it is possible to draw out some aspects most relevant to the environment facing the oil and gas sector today, and we seek briefly to do this in this analyst note.

Rapid technology-driven change disrupts a complacent slow-growing incumbent.  The energy transition that has caused havoc in the European electricity sector over the last decade now threatens the global oil and gas industry.

The experience of the European electricity sector.  Policy support and new technology enabled new competition which drove down demand for incumbents, leading to over $150bn of write-downs, replacement of management teams and sector restructuring.

The five errors of the European electricity sector.  They followed consensus thinking and expected continued growth.  They underestimated the fall in the costs of challenging technologies.  They underestimated the ingenuity of engineers at finding ways to solve bottlenecks.  They misunderstood the threat to their business model from marginal change.  They thought incumbency was an asset, but it turned out to be a liability.

Investors lost money early.  Investors in the European electricity lost half their money by the time the renewable challengers made up just 4% of electricity supply, and underperformed the rest of the European market dramatically in the decade after 2007.  Some companies like RWE and E.ON have lost four-fifths of their value since 2007.

The similarities for oil and gas.  The challenging technologies of EV, wind and solar are on technology-driven learning curves.  The cost tipping-point is right now.  Anticipated annual demand growth is low at 0.4% for oil and 1.6% for gas. Efficiency is chipping away at demand growth and policymakers are stepping up the pressure.  The industry believes in business as usual and is sceptical about the challenges from outside.

The differences are not so great.  Technology is reducing the significance of the areas where oil and gas believes it is different.  Electric vehicles smooth the difference between a molecule and an electron and encourage cross-sectoral competition.  Decline rates only help incumbents in a seller’s market.  Petrochemicals and other hard-to-solve sectors are an endgame issue which will be unable to counter falling demand in larger sectors like electricity (40% of gas demand) and light transportation (23% of oil demand).

In some ways oil and gas are more vulnerable.  Electricity has long-term growth and domestic support; while oil and gas have a limited long-term future, and 80% of people live in countries that are net importers of oil and gas and would like to reduce their import dependency.

Implications for the oil and gas sector.  Business as usual approaches simply do not work when confronted by disruptive change.  Peak demand is a systemic threat to incumbents.  Lip service is no protection against reality.

Falling renewable costs and intermittency solutions drive a tipping point for the... 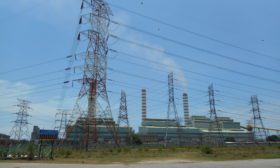