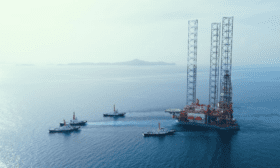 Only 1% of the largest publicly traded oil and gas companies in the gulf are covered by bonds New York,... 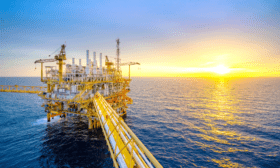 16 June | Online Join this exclusive webinar for the launch of "Double or Nothing" scrutinising Asset... 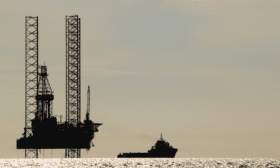 Rob Schuwerk, executive director, Carbon Tracker North America and co-author of the report, said:  “Double or Nothing represents the risky bet by regulators that the last companies standing will be willing and able to bear the cost of retiring decades of infrastructure and billions of dollars in cleanup costs instead of walking away from legacy subsidiaries.  The only sure-fire way to prevent that is to demand full-cost financial assurance now.”

Greg Rogers, Senior Adviser to Carbon Tracker, said: “All the top operators in the Gulf of Mexico are subsidiaries of blue-chip multinational corporations; those parent companies are not liable for the obligations of their subsidiaries.  This means they only have skin in the game  so long as the GOM remains a worthy investment. The energy transition will change that calculus, driving down revenues and consolidating cleanup costs on the books of the largest legacy operators, and when it does, the parents will have the option to pay or walk away.”

Stephen Greenslade, Analyst at Carbon Tracker and co-author of the report said: “This comes down to the same core issue that we have found onshore: the energy transition will bring forward the retirement of a massive amount of oil and gas infrastructure, and money isn’t set aside to pay the costs. Joint and several liability is better than nothing, but only while cash is flowing.”

The Gulf of Mexico has long been a major oil and gas producing region for the U.S., but field depletion in shallower regions near shore has driven development into deep and ultra-deep waters, driving up the cost to develop and decommission infrastructure.

Meanwhile, aging wells and platforms closer to shore — many of which are now owned by smaller operators — are increasingly marginal in value, raising the risk that they will be abandoned by their current operators.

Double or Nothing finds that as the energy transition accelerates and oil and gas wells in the Gulf of Mexico close, taxpayers may be forced to pay tens of billions in clean up costs. At best, only 10% of estimated decommissioning costs for the Outer Continental Shelf (OCS) are secured by bonds. 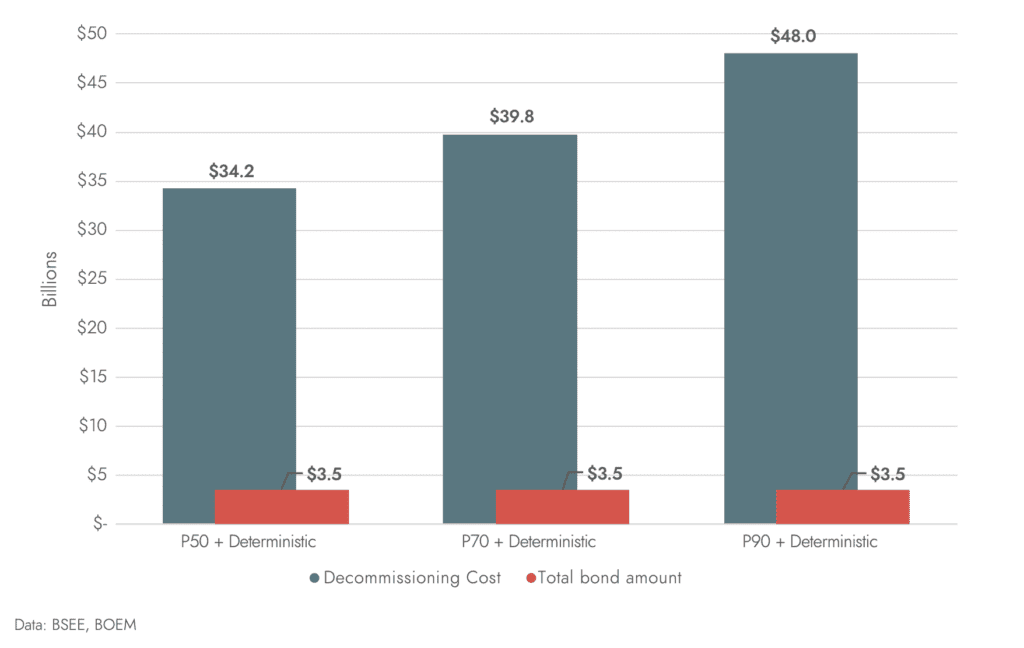 The report shows how 78% of the decommissioning costs in the Gulf are tied to the largest companies. On average only 1% of their costs are covered by bonds, meaning there is no cash in reserve to protect taxpayers if companies walk away from their cleanup obligations.

Figure 2: Share of total decommissioning costs linked by past or present lease or operating rights interest to the top 10 publicly traded companies operating in the GOM. 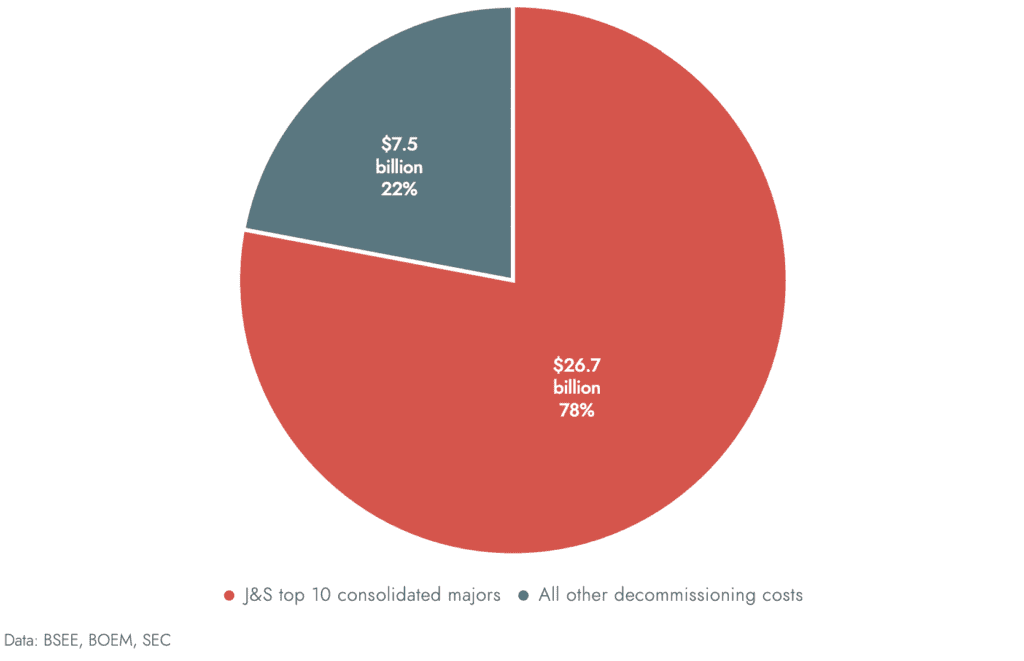 There are 2.6 million unplugged onshore wells in the U.S., with another estimated 1.2...

Carbon Tracker pioneered work on the oil and gas industry’s “stranded assets”; as...

The Flip Side: Stranded Assets and Stranded Liabilities

Carbon Tracker’s fundamental insight is that the oil and gas industry’s growth plans... 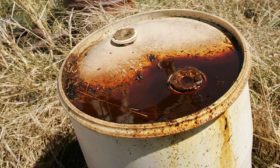 The coronavirus pandemic has caused a sharp decline in oil demand,...