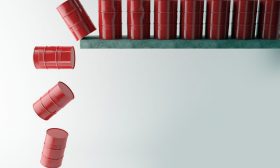 LONDON, February 25 – In a major blow to the oil sands industry Royal Dutch Shell has announced it is... 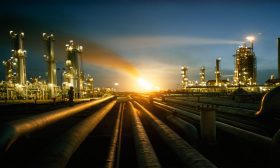 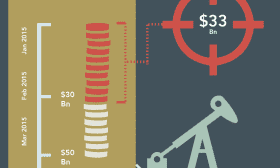 Andrew Grant financial analyst at the Carbon Tracker Initiative: "Shell’s deferral of Pierre River, one of the high-cost oil sands projects that we highlighted in our ‘Carbon supply Cost Curves’ analysis last year, is in line with our belief that companies should cancel capex on high-cost projects in favour of a portfolio of low-breakeven investments in order to protect shareholder value,”

The 2015 Oil Spending Review is in Full Swing

With oil prices collapsing to between $50/$60 a barrel (at the time of writing), their lowest for six years, oil companies around the world have been slashing development budgets on projects that now don’t make economic sense. Daily there are reports of deferrals and cancellations. The industry is in some turmoil, as a result of the volatility in oil prices.

In particular, companies have had to revise how much they’re going to spend on existing or new projects, known as ‘capital expenditure’, or ‘capex’ for short, to avoid wasting huge piles of investors’ cash, and maintain dividends. We believe that unconventional and high-cost oil projects (oil sands and deep water) are particularly exposed to financial risk.

We know that renewables are already becoming competitive with fossil fuels. We know that tougher environmental policies are under review in Europe, China, US and possibly globally – UNFCCC COP21 will have a crucial role in speeding the process up. We also know that energy-efficiency solutions such as battery storage and electric vehicles are improving and becoming more accessible. All these trends are likely to shrink fossil fuel demand and the capital invested today into future oil, coal and gas production projects is at risk of becoming stranded.

How can we understand if fossil fuel investments are sensitive to downside risk and climate constraints?

Financial flows can tell us in advance where the energy sector is headed. They can tell us whether fossil fuel companies are also taking the climate change threat into serious consideration in their budgets.

Commitment of capital is the necessary precursor to production of fossil fuels and, eventually, combustion of carbon into the atmosphere. This is why fossil fuel capex is a key leading indicator of future CO2 emissions.

If you have any feedback or suggestions on what could make this a useful tool, please contact us at hello@carbontracker.org.

What is Capex Tracker?

Building on our Carbon Supply Cost Curve reports, Carbon Tracker are now launching a new tool to monitor changes in capex flows and ultimately their impact on carbon and global warming: Capex Tracker.

Capex Tracker 1.0 will start tracking the aggregate value of capex changes – at this point in time the focus is on cuts and deferrals in company 2015 budgets, giving us a broad overview of the investment direction. It will also dig into more analytical detail monitoring the evolution of capex projections over time. For example, the chart below shows that, since the first quarter of 2013, 2015 capex budgets for some of the major oil and gas producers have been revised downward by $32.7 billion (i.e. 10%). The Background Paper contains more detail.

Some relevant considerations can already be made based on the first findings.

Spurred by the need to conserve cash amid a sharp decline in oil prices, the last quarter of 2014 alone saw $12.4 billion stripped away from the 2015 capex budgets of some of these companies.

*Only one 2015 budget estimate provided

Note: Capex totals include all segments (i.e. not just upstream). Note that the date of the “earliest” published estimate varies by company.

Moreover, this current 10% cut in 2015 capex is in line with a recent sell-side analyst note[1] estimating that companies are slashing exploration capex budgets by an average of 15% year-on-year.

The tool, available in its 1.0 version here, will continue providing valuable glimpses into the thinking of fossil fuel companies over the coming year. We plan Capex 2.0 to be developed to look at the full impact of these changes on expected supply and carbon outputs in the context of a global supply database. The ultimate aim is to respond to the new urgency amongst major oil investors to review their exposure to assets that are at risk of destroying shareholder value.

In the run up to Paris, Carbon Tracker also believe that Capex Tracker will add further evidence for regulators, pension funds and policy makers to align investments with a low carbon future.