Opinion: Liberalisation and decarbonisation are a recipe for volatility

The EU has pioneered energy market liberalisation in the belief that free market competition delivers efficiencies that drive down the cost to consumers. The experiment with market-based pricing for natural gas has paid off: EU retailers and heavy industry saved billions of euros on gas import bills over the past decade, according to market data – but will these savings endure? As the winter energy crunch drags on, the pitfalls of liberalised energy trading are coming to the fore.

In the 1990s, most gas consumed in the UK and Europe was bought and sold under long-term contracts that calculated prices as a percentage of the crude oil price. Oil indexation meant gas prices followed crude market movements and did not reflect gas supply and demand fundamentals. Use of trailing averages (average crude prices over the last three or six months) resulted in relatively smooth price patterns that shielded consumers from wild price swings. 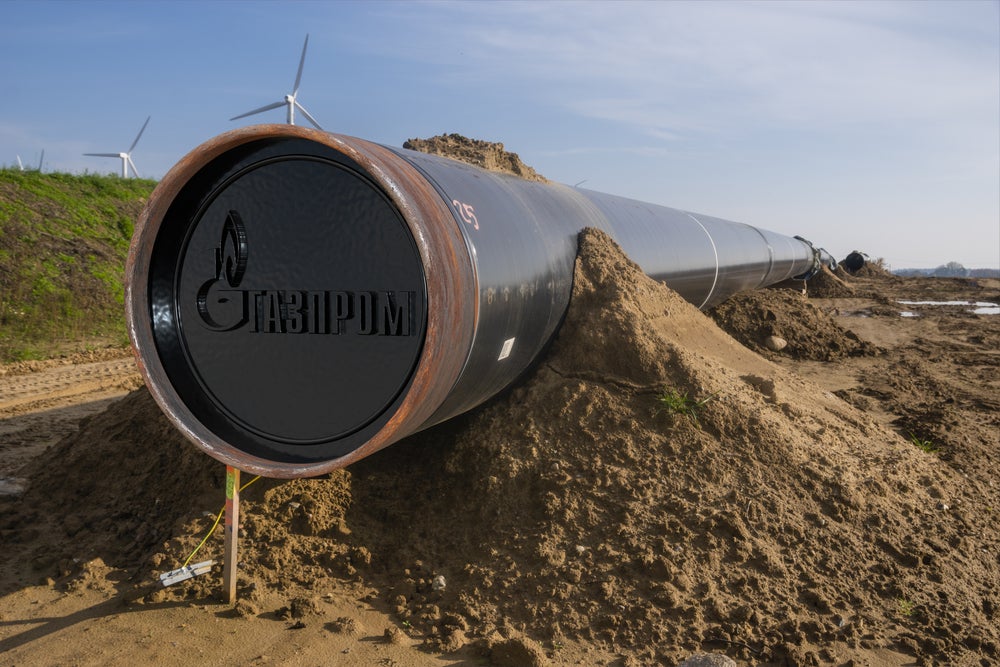 Construction of a pipeline owned by the Russian company Gazprom in Germany. (Photo by Mike Mareen via Shutterstock)

This has been replaced with real-time market pricing for gas that reflects supplies from domestic and international sources, as well as daily, weekly and seasonal variations in gas demand. Liberalisation gave rise to deep and liquid gas trading hubs with futures contracts and financial derivatives allowing market participants to hedge their exposure to gas market fundamentals, and profit from price swings.

By transitioning away from oil indexation and embracing market-based gas prices, Europe saved an estimated $70bn in lower gas import bills cumulatively over the past decade, according to the International Energy Agency (IEA). However, soaring global gas prices in the second half of 2021 erased a big chunk of those savings: European gas hubs soared well above oil indexed gas prices, meaning “EU countries will pay around $30bn more for natural gas in 2021 than if they had stuck with oil-indexation,” the IEA said in October 2021.

This yawning gap allowed long-term contract holders to make a boatload of euros from reselling relatively cheap oil-indexed gas into red-hot spot markets this winter. Both Gazprom and its customers seem to have been complicit in inflating spot prices and profiting from this arbitrage. This is evidenced by Gazprom’s unusually low sales of extra gas via auctions in recent months, as well as German gas importers reselling Russian gas to Poland and Ukraine rather than sending it westward to relieve the overheated EU gas market in the final days of 2021.

A frenzy of speculative trading has been blamed for aggravating extreme price swings that swept across the continent after a sudden tightness gripped global gas markets last summer. Spot and futures prices have yo-yoed from record highs to steep intra-day falls and back. The month-ahead gas price on the Dutch Title Transfer Facility, the European gas pricing benchmark, breached €180 per megawatt hour on 21 December 2021, then plunged around 60% over the subsequent ten trading days, before rising by another 50% in the first four days of 2022.

Access to global gas prices has given EU importers vital leverage in price negotiations with Gazprom, hence the savings cited by the IEA. The challenge for Europe is that liberalised markets are more volatile and pass that volatility through to consumers much more quickly – and decarbonisation, like any profound system change, stokes further volatility.

Reliance on gas to balance variable wind output means two things: more volatile EU demand for gas, and greater reliance on the ‘marginal molecule’ – i.e. the most expensive gas available at any given moment – to clear the market.

This is compounded by the EU’s use of the ‘pay-as-clear’ model to set power prices, whereby the marginal power source (typically gas) sets the clearing price for all generators, including wind and solar – sources with no fuel costs. Marginal power pricing prevents consumers from benefitting from ‘cheap’ renewables, and means low-cost green generators benefit enormously from expensive gas prices.

Perhaps counter-intuitively, Europe’s exposure to fossil fuel volatility will actually increase during the clean energy transition. The end destination of a carbon-free energy sector might reduce or ultimately sever the link between messy global oil, gas and coal commodity markets and wholesale EU energy prices, but the path to get there will be a roller coaster.

From feast to famine

There are other reasons to question whether market-based gas pricing will be cheaper than oil indexation. Europe is and will always be the market of last resort for LNG. When there is a glut, as occurred in 2020 following the pandemic-induced collapse in energy demand, excess LNG cargoes flooded into Europe and consumers enjoyed very cheap gas. However, in times of scarcity, as we are currently seeing, the opposite occurs: state-owned Asian gas buyers outbid European rivals for LNG until their demand is met, and EU consumers pay a huge winter heating premium.

The savings of liberalisation are predicated on there being a structural surplus in global gas markets. Recent and ongoing events seem to mark the spectacular end of a five-year LNG glut. More supplies will eventually come on stream, but natural gas super-cycles don’t turn on a dime. Some analysts are now warning there might be no real relief from expensive gas until the mid-2020s, when the next wave of US LNG export projects comes on stream.

Ultimately, Europe is wedded to liberalised markets and there is no turning back the clock to the 1990s. The European Commission does not want to revisit its energy market design and said as much in its Autumn communique on the ‘toolbox’ to fight the energy crunch.

This leaves UK and EU wholesale gas and electricity prices exposed to the vagaries of global macroeconomics, the severity of winter in Europe and Asia, upstream investment in gas and LNG projects, and myriad other variables. Consumers will benefit in times of abundance but suffer greatly when feast turns to famine. Whether this turns out to be cheaper than the counterfactual is academic, as no realistic alternative exists. One thing is certain, however: it is going to be a rocky ride.

Seb Kennedy is the founding editor of Energy Flux, an independent newsletter all about the energy transition (www.EnergyFlux.news). Seb has written about energy markets since 2008 for a variety of industry publications and energy consultancies.