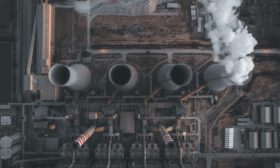 “This report is a warning to investors: if you invest in listed companies which own coal plants, there’s a significant risk you may not recoup your investment or achieve the return you expected. Passive investors should also beware because several companies that are most exposed are part of mainstream benchmark indexes.”

Six of ten companies exposed to greatest risk are Indian

LONDON, 04 November:  $110 billion of coal plants owned by listed Asian utilities could become uneconomic as the world takes action to meet climate targets, and more than half the risk is concentrated in 10 companies, finds a new report from the financial think tank Carbon Tracker released today.

“This report is a warning to investors: if you invest in listed companies which own coal plants, there’s a significant risk you may not recoup your investment or achieve the return you expected. Passive investors should also beware because several companies that are most exposed are part of mainstream benchmark indexes.”

Risk is highly concentrated in a few companies. NTPC, India’s largest power utility whose main shareholder is the Indian government, is the single most exposed company with $19 billion of assets at risk – 96% of its market capitalisation.

UN Secretary General Antonio Guterres has called phasing out coal from energy generation “the single most important step to get in line with the 1.5-degree goal of the Paris Agreement”, urging OECD countries to phase out coal by 2030 and non-OECD countries by 2040.

The report warns investors should learn the lessons from the energy transition in Europe – where most coal plants are no longer economically viable. They face increasing competition from cheap renewables, growing carbon taxes, and closures are being driven by the market and government policy.

Taking Stock of Coal Risks finds that worldwide $220 billion of investment in coal plants could be stranded if the world takes action to achieve the temperature goals set out in the Paris Agreement. This includes $110 billion in listed Asian companies, $11 billion in companies listed on either the New York, European or Sydney exchanges, and another $100 billion in unlisted companies, including those with publicly traded debt.

The report warns investors that listed companies still planning to build new coal capacity are making “a very risky bet”. Growing competition from low-cost renewables and carbon pricing mean they are unlikely to generate a return over their lifetime and countries’ net zero commitments may drive early closures.

The report warns that debt investors are also exposed to risk from stranded coal assets, including from unlisted companies that have significant publicly traded debt.  This debt may still be outstanding when coal plants are closed meaning limited or not cash flows to service the coupons and repay the principal at maturity.

Companies’ exposure to potential assets stranding should be a wake-up call to investors. They should push coal utilities to disclose their transition plans and provide a roadmap for retiring their coal fleet in line with the IEA’s beyond 2 degrees (B2DS) scenario.

Stock exchanges should require companies to disclose what climate estimates they are using and how these align with the Paris agreement goals. They should standardise disclosure requirements so companies do not relist on exchanges with laxer rules.

If coal power companies are unwilling to move away from coal and provide a credible transition plan in line with the Paris accord, shareholders should use their proxy votes to push for positive change at the board level.

The report analyses the stranding risk of operating and new planned coal assets owned by companies whose equity is listed on a recognised global stock exchange.

The report uses data from CTI’s proprietary global coal power economic model (GCPEM), which covers 95% of coal plants that are operating, under construction or planned at boiler-level, to identify and highlight the stranding risks for listed companies and, ultimately, stock exchanges.

It assesses positive stranded asset risk by assessing the difference in the value (NPV) of coal utilities’ operating profits (revenues minus long run marginal costs) under business as usual and the IEA’s B2DS scenario, associated with approximately 1.6C of warming. It is one of the most ambitious scenarios for which detailed underlying data is available.

Once embargo lifts the report can be downloaded here: https://carbontracker.org/reports/taking-stock-of-coal-risks/