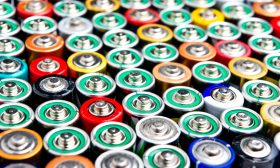 Lost in Transition: How the energy sector is missing potential demand destruction

The analysis challenges nine business as usual (BAU) assumptions made by the big energy companies when calculating that fossil use will continue to grow for the next few decades. Typical industry scenarios see coal, oil and gas use growing by 30%-50% and still making up 75% of the energy supply mix in 2040. These scenarios do not reflect the huge potential for reducing fossil fuel demand in accordance with decarbonisation pathways.

The in-depth analysis exposes that fossil fuel industry thinking is skewed to the upside, and relies too heavily on high demand assumptions to justify new and costly capital investments to shareholders. Reviewing previous industry, IEA and U.S. EIA projections, shows them to be too conservative in their expectations for renewables growth. This raises questions over the likely accuracy of their future projections.

“We have seen in recent weeks how the fossil fuel sector has misled consumers and investors about emissions — the Volkswagen scandal being a case in point — and deliberately acted against climate science for decades, judging from the recent Exxon expose. Why should investors accept their claims about future coal and oil demand when they clearly don’t stack up with technology and policy developments?

“Investors need to challenge companies who are ignoring the demand destruction that the market sees coming through much sooner than the business as usual scenarios being cited by the industry. Otherwise they will be on the wrong side of the energy revolution.”

The report, entitled Lost in transition: How the energy sector is missing potential demand destruction, examines alternative trajectories to mainstream energy industry modelling, produced by reputable financial houses like Bernstein and CitiGroup, that signal a more concerted drive to a low-carbon energy transition, hitting fossil fuel demand as a result.

The study finds that conventional fossil fuel company business models could be woefully behind the curve due to, for example, underestimating changes in emissions policy, technological advances or energy efficiency gains that can cause dramatic changes in demand trends. This is the first time a wide-range of fossil fuel industry demand scenarios has been compared with alternative and credible financial market views.

The analysis shows how the industry is assuming very slow incremental changes in the energy supply mix going forward. This ignores the potential downside risk explored in the research. Across all factors contributing to energy demand there is scope for reducing future emissions levels and staying within the 2˚C threshold. This includes considering different fundamental market conditions relating to population rise and GDP growth as well as more obvious advances in energy efficiency and clean technology.

“The incumbents are taking the easy way out by exclusively looking at incremental changes to the energy mix which they can adapt to slowly. The real threat lies in the potential for low-carbon technologies to combine and transform society’s relationship with energy. This is currently being overlooked by Big oil , coal and gas.”

Key findings of the report are (Please see Executive Summary for detail):