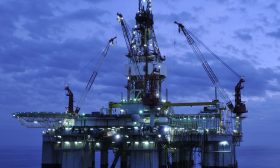 “This report is a real game-changer for the future of corporate-investor engagement. Investors in oil and gas companies have been in the dark about their exposure to climate risk, but they will now be able to confront companies with precise information and ask hard questions about how they intend to deal with potentially stranded assets.”

- Nathan Fabian, director of policy & research at the PRI

“There are clear signs that oil demand could peak in the early 2020s – so companies need to start taking project options that would come onstream then off the table, and be transparent about how they are aligning with a low carbon future. Sticking with the growth at all costs scenario just doesn’t add up for shareholder value when the policy and technology momentum is heading in the opposite direction.”

LONDON/NEW YORK, June 21 – Five of the world’s six largest listed oil companies risk wasting more than 30% of possible spending on upstream projects that are high-cost and surplus to supply needs in a 2⁰C world, with Exxon Mobil most exposed, warns a new report by Carbon Tracker produced collaboratively with the Principles for Responsible Investment (PRI) and institutional investors.

It is the first report to rank the oil and gas industry company by company and identify where shareholders’ money could be most exposed to the low-carbon transition, and it finds that $2.3 trillion of projects — roughly a third of business-as-usual investment to 2025 – is inconsistent with international objectives to limit climate change to a maximum of 2⁰C and rapid advances in clean technologies reducing demand.

2 Degrees of Separation analyses upstream investment plans of 68 of the largest publicly traded oil companies plus Saudi Aramco up to 2025 and reveals wide variations between companies. Exxon is more exposed to the energy transition than any other oil and gas major with 40% to 50% of capex allocated to uneconomic projects. Shell,Chevron, Total and Eni all have around average exposure, risking 30% to 40% of spending. BP has less, with 20% to 30% at risk.

Big energy companies are under growing pressure from investors to disclose how they are responding to climate change and the transition to a low-carbon economy. The report is designed to equip investors with the authoritative information they need to challenge companies on their investment strategy and approach to climate risk.

Nathan Fabian, director of policy & research at the PRI said:

“This report is a real game-changer for the future of corporate-investor engagement. Investors in oil and gas companies have been in the dark about their exposure to climate risk, but they will now be able to confront companies with precise information and ask hard questions about how they intend to deal with potentially stranded assets.”

Last month 62% of ExxonMobil shareholders defied the board and voted for the company to report annually on how technological advances and 2⁰C global climate change policies will affect its business and investment plans. The landmark result followed a similar shareholder majority vote at Occidental Petroleum asking the company to assess the impact of climate change on its business.

The Financial Stability Board put climate risk firmly on investors’ agenda when it set up the Taskforce on Climate-related Financial Disclosures. The taskforce has highlighted 2⁰C scenario tests as a key way to improve and standardise company reporting of exposure to the energy transition.

“There are clear signs that oil demand could peak in the early 2020s – so companies need to start taking project options that would come onstream then off the table, and be transparent about how they are aligning with a low carbon future. Sticking with the growth at all costs scenario just doesn’t add up for shareholder value when the policy and technology momentum is heading in the opposite direction.”

The report finds companies are likely to perform better by aligning with a 2⁰C world because lower cost projects have higher margins. The oil price would need to average $100 a barrel over the long term for it to be profitable for companies to pursue projects that are not aligned with a 2⁰C world. Companies that have lower unneeded capex are seen as more aligned with the transition; companies with a greater percentage of unneeded capex warrant further attention from investors.

The five institutional investors said in a joint statement:

“Investors are through an unprecedented commitment taking steps to reduce the risk of stranded assets within the oil and gas industry. Lack of transparency at company level has, however, been a bottleneck to understanding how companies are responding to the considerable changes in the energy market. This extensive research clearly emphasises that some companies have to reconsider their business strategy and will eventually lead investors to more efficiently price the financial risks associated with a 2 degree world.”

The report looks at oil and gas production to 2035 and capital investment to 2025 and finds that going ahead with all “business as usual” project options would generate 380 billion tonnes of carbon dioxide (GtCO2) by 2035. It warns that companies will have to avoid projects generating 60GtCO2 to be consistent with the carbon budget in the International Energy Agency’s 450 demand scenario, which gives a 50% chance of limiting global warming to 2⁰C.

With supply outstripping demand the analysis assumes that the lowest cost projects are most likely to go ahead. Those relying on the highest oil prices carry a higher risk of failing to deliver returns to shareholders. These include:

Exxon, Total, Eni and Shell are all involved in the single biggest uneconomic asset, the $33.5 billion Kashagan Phase 2 in Kazakhstan which will need prices of at least $110 a barrel to break even. Exxon’s uneconomic projects alone would release 3.1GtCO2 in 2017-2035, equivalent to half the UK’s total carbon budget for 2018-32.

The report identifies 10 companies, all but one in the USA and Canada, which risk wasting more than half their spending on uneconomic projects. This reflects the exposure these companies have to US onshore plays which provide greater flexibility than individual megaprojects, but also shows that plans for significant growth in shale production are inconsistent with a 2⁰C scenario.

At the other end of the scale 14 companies are well aligned with a 2⁰C world risking 10% or less of their spending. They include the giant state-owned Saudi Aramco, which plans to list 5% of its shares.

The report finds that risk is skewed toward listed companies rather than national oil companies, with the private sector controlling around two thirds of potential high cost oil and gas production inconsistent with the 2⁰C scenario.

In January, the Colorado Oil and Gas Conservation Commission (COGCC) will vote on the new...

Is Biden’s Bill the High-Water Mark on Climate?

After months of legislative negotiations, the $1.2 trillion Infrastructure bill made it...

2 December | Online Events in 2021 have brought the extreme levels...

Post COP: Can we say that the fossil fuel...

The Annual LAPFF Conference: Engaging for...

9 December | Bournemouth Celebrating the 30th Anniversary of the...