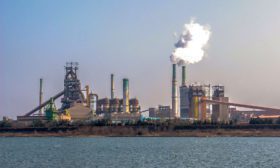 End in Sight: How South Korea can force coal offline by 2028

"Phasing out coal power by 2028 is the most cost-effective choice for South Korea right now given its pursuit of carbon neutrality by 2050. And without quickly phasing out coal power, the country would struggle to raise its currently ‘highly insufficient’ NDC, which is aligned with catastrophic warming scenarios,” said Valeria Ehrenheim, CTI analyst and co-author of the report End in sight: how South Korea can force coal offline by 2028. “If South Korea sticks with current coal power plans, it will struggle to contain system costs as it falls behind other countries in the global trend of transitioning to clean energy and economic growth.”

Amid deepening economic losses from coal plants, South Korea’s prolonged reliance on coal power could end up costing electricity consumers big with all domestic coal plants to become unprofitable before the end of their lifetimes, a new study reveals. Researchers suggest Korea phases out coal by 2028, ramp up renewables, and conduct sweeping power market reforms, to minimize system costs.

April 21, 2021 – All coal power plants in South Korea will be unprofitable before the end of their lifetimes, and an accelerated coal phase-out could help electricity consumers, according to a report released today by Carbon Tracker Initiative (CTI), Chungnam National University (CNU), and Solutions for Our Climate (SFOC).

“Phasing out coal power by 2028 is the most cost-effective choice for South Korea right now given its pursuit of carbon neutrality by 2050. And without quickly phasing out coal power, the country would struggle to raise its currently ‘highly insufficient’ NDC, which is aligned with catastrophic warming scenarios,” said Valeria Ehrenheim, CTI analyst and co-author of the report End in sight: how South Korea can force coal offline by 2028. “If South Korea sticks with current coal power plans, it will struggle to contain system costs as it falls behind other countries in the global trend of transitioning to clean energy and economic growth.”

Coal power accounts for approximately 40% of South Korea’s electricity generation, and the Korean government currently does not have an official coal phase-out year. Under the Ninth Basic Plan for Electricity Supply and Demand, half of Korea’s 60 coal power units would close by 2034. In November 2020, the National Council on Climate & Air Quality, a presidential advisory body led by former UN-Secretary General Ban Ki-moon, proposed a coal phase-out year of “2045 or earlier” and consideration of a “2040 or earlier” phase-out year given the government’s pledge to achieve carbon neutrality by 2050.

The new report shows that coal power plants already face a dismal financial future, largely because they are not being operated at full capacity. Solutions for Our Climate researcher Gahee Han, a contributor to the report, said, “Coal plants take a lot of time to shut down and turn back on, which prevents them from being used with a greater uptake of renewables. Even if Korea does not enhance its ‘highly insufficient’ NDC, due to reduced utilization needed to meet Korea’s generation sector emissions target of 193 million tons CO2e by 2030, the majority of old coal power plants will be running at a loss by 2030.1 Coal has already become uncompetitive here in South Korea. If Korea’s NDC is enhanced, coal power will become unviable even sooner.”
The study reveals, through a cost-optimized analysis for renewables investment, that a more ambitious rollout of renewable energy is feasible by 2028, with 40 GW of solar and 14 GW of onshore wind respectively. The latest Korean national power plan calls for only 27 GW and 13 GW by the same year, respectively.

The study found that phasing out coal in 2028 under an accelerated renewables rollout would reduce operating costs of the whole system by $4 bn annually, and would allow more than $ 5.5 bn of savings net of the capital investment required2.

Chungnam National University Professor Seungwan Kim, co-author of the report, said: “The results clearly show that the more South Korea insists on coal, the more it has to lose. Quickly shifting the debate on whether coal phase-out is a viable option to how to do it most efficiently would put South Korea in a much better position for the upcoming future in energy and economy.”

The findings of this report closely align with previous research showing that Korea must phase out coal power by 2029 in order to be Paris Agreement-compliant. Han added, “With increasing demands on Korea from the international community to raise its climate and energy transition ambition, and now with findings showing that a 2028 coal phase-out is the most cost-effective choice for consumers, too, the Korean government needs to embrace a much earlier coal phase-out than what is being entertained right now.”

Carbon Tracker Initiative is a team of financial specialists making climate risk real in today’s capital markets. Our research to date on unburnable carbon and stranded assets has started a new debate on how to align the financial system in the transition to a low carbon economy.

Solutions for Our Climate (SFOC) is a South Korea-based group that advocates for stronger climate policies and reforms in power regulations. SFOC is led by legal, economic, financial, and environmental experts with experience in energy and climate policy and works closely with policymakers.

Under the current energy market system, a government-run entity settling wholesale power market transactions, the Korea Power Exchange (KPX), determines Korean power market rules. Coal power plants are guaranteed both “total cost compensation” and a high dispatch order in the spot market, meaning that coal power generation is compensated for its total cost within the extent that its price does not exceed the spot price (SMP – System Marginal Price). Currently, the market rates the spot price to be KRW 82.7 per kWh. The analysis in the report assumes the past ten-year average price of KRW 109.7 per kWh, significantly higher than the current price. Even under the most conservative assumptions, coal power plants become unprofitable by 2030. With the fall of coal plants’ capacity factor and spot prices predicted to fall with the expansion of renewables proposed in the 9th Power Demand and Supply Plan, coal power is not an economical energy source for South Korea.

For media inquiries, please reach out to: