LONDON/NEW YORK, January 11 – Carbon Tracker announces the appointment of Catharina Hillenbrand von der Neyen as Head of Company Research, with joint responsibility for research along with Andrew Grant. She will build up the next stage of Carbon Tracker’s company research pathway, joining senior management as a managing director. She will also take on interim responsibility for the Power and Utilities team.

Catharina brings over 20 years’ experience in energy and climate change. Her experience spans the financial sector, policy and government, including as Senior Advisor to the UK Department for Business, Energy & Industrial Strategy (BEIS) and leading buy-side and sell-side research roles at Allianz, Nomura International and Cazenove. Catharina’s work was ranked number one in various City surveys and she was runner-up in the Institutional Investor survey.

Catharina, said: “I am delighted to join Carbon Tracker and lead the research team in the next crucial phase of development for the organisation.  We are now at a stage where investors will truly be able to examine the decarbonisation commitments of companies and weigh up the financial risks of failing to join the energy transition sweeping the world.”

Andrew Grant has also joined the senior management team as Head of Climate, Energy and Industry Research, with responsibility for cross-sector research content and methodologies. Andrew is Carbon Tracker’s current Head of Oil, Gas and Mining, and has been a key contributor to the organisation’s success since joining in 2014. Andrew’s background includes experience in private equity at Barclays Natural Resource Investments and corporate governance at New Bridge Street LLP.

Mark Fulton, who has steered Carbon Tracker’s research since December 2018, will continue as Chair of Carbon Tracker’s Research Council. Mark has been working to see a new on-the-ground management team emerge given his residency in Australia. Mark has been a highly valued member of the team since 2013 and Carbon Tracker introducing the concept of supply curve analysis. Catharina and Andrew will take over his previous responsibilities.

Mark, said: “It is crucial that Carbon Tracker has an on-the-ground management team on an ongoing basis. I have worked with Andrew for years and he is perfectly suited to his role at the climate, industry and energy level. Catharina will bring a new depth to Carbon Tracker’s company research.”

Jon Grayson, CEO said: “I am thrilled to welcome Catharina to the team at an important moment in the growth of the organisation as we look to increase our focus on company research to help our key audiences navigate the energy transition.  Catharina brings a wealth of experience across the energy and utilities sector, having played numerous roles across the buy and sell-side and advisor to the UK government.”

Carbon Tracker also announces the spinning off of the coal satellite data workstream https://carbontracker.org/carbon-tracker-and-energy-clean-air-analytics-announcement with the departure of Matthew Gray and Sriya Sundaresan, previously co-leads of the Power & Utilities team.  Catharina will assume responsibility as Head of Power & Utilities on an interim basis, lending her 20+ years of expertise across the utilities sector.

Further roles at both senior and junior levels will be announced in the power team as we continue to develop and expand the Power & Utilities programme, extending the Global Coal & Gas Power Economics Model (GPEM), our Powering Down Coal and Gas research and important initiatives such as supporting the Climate Action 100+ with company profiles of the largest global emitters.

About Carbon Tracker The Carbon Tracker Initiative is a not-for-profit financial think tank that seeks to promote a climate-secure global energy market by aligning capital markets with climate reality. Our research to date on the carbon bubble, unburnable carbon and stranded assets has begun a new debate on how to align the financial system with the energy transition to a low carbon future.

The IEA’s latest piece on minerals[1] critical to the energy transition gives a rather... 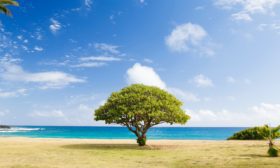 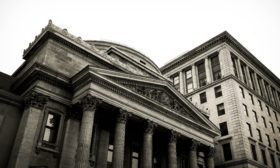 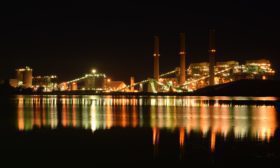 Nigeria’s Energy Transition: A path to a...