Blueprint for managing climate risk in an energy transition 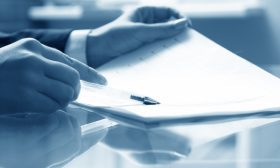 The blueprint, which primarily focuses on oil and gas, includes examining the impact of limiting global temperature rise to 2⁰C above pre-industrial levels.

Its publication coincides with a major gathering this week of energy chiefs at the IHS-CERAWeek conference in Houston, Texas, and as oil companies back or prepare to support shareholder resolutions that test company resilience to climate change.

The thrust of the roadmap paper puts the onus squarely on fossil fuel management to respond properly to how growing climate regulation, advances in cleaner technology, cheaper renewables, and greater energy efficiency hit demand and the implications those global trends have for commodity prices.

“Carbon Tracker believes senior management is overly focused on demand and price scenarios that assume business as usual. As such, there may be a risk assessment ‘gap’ between a management’s view of the future and that resulting from action on climate change, technological advances and changing economic assumptions,” said Paul Spedding, an advisor to Carbon Tracker and co-author of the blueprint.

“Critically, the greatest impact will – initially – not be directly from reduced demand, but from the consequent pressure on commodity prices,” said Spedding who was previously global co-head of oil and gas research at HSBC.

Integrating a risk assessment of a major energy transition into companies’ governance processes is critical to ensure value is preserved.

The launch of the financial think-tank’s first roadmap comes as BP adopts a shareholder resolution on the risks climate laws pose to its business and as Royal Dutch Shell gives its backing to a similar resolution to be voted on at its forthcoming AGM.

Carbon Tracker recognises many fossil fuel companies acknowledge both the threat posed by climate change and the energy transition needed to mitigate that threat.

But its analysis of what, for example, Exxon Mobil has disclosed is an example of a company’s business forecasts that are still not yet aligned with even the IEA’s New Policy Scenario (NPS) on demand – an outlook that is less constrained than the IEA’s 450 or 2C scenario.

The think tank has through its work warned that high-cost investments in oil sands, the Arctic, and deep-water exploration are at significant risk of not making an acceptable return. They have a real chance instead of becoming economically stranded amid volatile prices – a trend recently borne out by the oil price crash.

“What our blueprint advances is a risk management process that tests for what could be seen as an ‘orderly’ energy transition and considers a ‘disorderly’ one where change is abrupt, a so-called ‘black swan’ event, that tests business models to the limit, potentially destroying shareholder value in the process.”

“Carbon Tracker’s focus is and has always been on the financial implications of an energy transition. The overarching theme of our analysis has been to improve shareholder value whilst lowering risk,” said Anthony Hobley, CEO of Carbon Tracker.

Carbon Tracker recommends fossil fuel companies carry out a thorough risk assessment on the implications of an energy transition including demand and price pathways that differ from the status quo.

Relevant stress tests include key indicators for the future project portfolios such as Internal Rates of Return and breakeven price curves; indications of cash flow and revenue at risk from commodity price changes and the flexibility built into a company’s committed and uncommitted five-year capital investment programme.

One of the paper’s central findings is that companies need to pursue capital discipline, focusing investment on high return projects and limiting exposure to low return ones. Carbon Tracker believes that some corporate investment decisions, which it views as high cost, call some company claims of capital discipline into question.

It is also less clear with carbon-intensive companies who view themselves as more progressive whether in fact the threat has permeated company governance structures including executive planning, strategy, compensation and annual investment decisions.

Should high cost carbon projects ultimately get sanctioned or companies return capital or diversify and what role should the Chief Financial Officer play in oversight of this?

Carbon Tracker notes the fossil fuel industry’s history is peppered with examples of failing to adequately assess risk to investments because certain scenarios were deemed “highly unlikely”. Ones that spring to mind includes the infamous Kashagan Oil field project in Kazakhstan and recent oil sands ventures.

The recent wave of capex cuts for 2015 and ENI’s 30% cut to its dividend implies the industry was not ready for a scenario of $60 oil. For coal, Peabody Coal’s near $1 billion asset write-downs for 2012 suggests another “highly unlikely” scenario that was not planned for or anticipated. The blueprint asks whether such high-cost carbon projects ultimately get sanctioned or companies return capital or diversify.

“Companies must ensure they follow both a top-down and bottom-up approach to addressing risks. It’s the interaction of these governance and business processes in relation to the energy transition that is crucial to our blueprint,” said Robert Schuwerk, senior counsel to Carbon Tracker who is responsible for US regulatory and legal analysis.