Big Oil: From black to green

In 2014 Joe Mocniak joined a growing number of his neighbours in the New York suburb of Massapequa and had solar panels fitted to the roof of his house. He is one of more than 1m American homeowners and businesses that have installed the panels, encouraged by tax breaks and falling costs.

Mr Mocniak has gone solar to provide back-up power in a blackout, and to cut his electricity bills in half. Helping the environment was an incidental benefit.

“The greenness of it offsets some of my gas-guzzling vehicles,” he says.

He did not know it, but the same company could be behind both the panels on his roof and the fuel in his tank. The panels are made by SunPower, a US solar company that is controlled by one of the world’s largest oil groups, Total of France.

Read the full article on The Financial Times website. 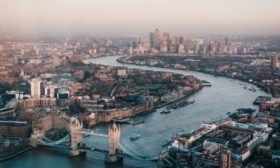