Shell and Third Point: Spinning (Off) the Sector

Third Point, the US activist hedge fund, has recently proposed a significant change to the corporate structure of Shell, suggesting a demerger into a legacy energy business and a low-carbon business including LNG, renewables, marketing. It also applies a de-carbonisation angle to its proposal.

This analysis is part of Carbon Tracker’s new research workstream, Corporate Research, focusing on the evaluation of oil and power & utility companies.

This note argues that the existing proposal is unlikely to enhance shareholder value in the long term, to lower the cost of capital or to stimulate more investments in decarbonisation. A spin-off of the renewables business, once more developed, deserves consideration.

Race to the Top: Internalising oil and gas retirement costs

Compared to other large oil and gas producing states, California and Ohio rank last in... 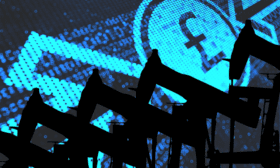