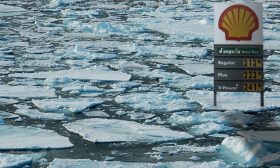 U.S. and European oil and gas companies are under increasing pressure from shareholders to stress test their...

U.S. and European oil and gas companies are under increasing pressure from shareholders to stress test their businesses against a global climate target to limit warming to below 2-degrees in order to halt irreversible and catastrophic climate change. Our new paper shows Shell knew about, but did not act on, the risks of a carbon bubble for almost 20 years.

Institutions managing some $8 trillion in assets are supporting climate-risk disclosure resolutions to be put before ExxonMobil’s and Chevron’s AGMs on Wednesday May 25. The resolutions ask both Exxon and Chevron to explain how resilient their portfolios and strategy would be if policy measures to restrict warming to 2˚C, as agreed in Paris in 2015, were successfully enforced.

Ahead of its AGM on May 25, Shell has for the first time published a “below 2˚C scenario”, yet analysis by Carbon Tracker on Shell’s latest climate risk disclosures shows its continued intransigence to be at best disappointing and at worst stonewalling. Shell has previously dismissed those, such as Bank of England governor Mark Carney, who have warned that fossil fuel assets could become stranded and worthless in the face of climate action.

“Shell has known about the carbon bubble for nearly 20 years, and used to be more transparent about the impact of its products. The company has all the information it needs to adopt a different course, if its management can get beyond its growth at all costs culture” said James Leaton, head of research at Carbon Tracker. 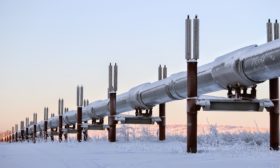