James Leaton, Research Director at Carbon Tracker: “KXL is significant from a number of angles – in terms of project economics, increased production, and ultimately carbon pollution."

This report shows that the $8+ cost advantage KXL would bring over rail makes extra projects equivalent to the pipeline’s capacity break even. This market view confirms that KXL is significant for a number of reasons, by extrapolating the numbers applied in the FSEIS.

Mark Fulton, (former Head of Research at Deutsche Bank) said “Following through the numbers in the KXL market analysis, we found there is a significant amount of production that could be enabled by the pipeline with a production cost of $48-60.”. This is illustrated in the graph below. 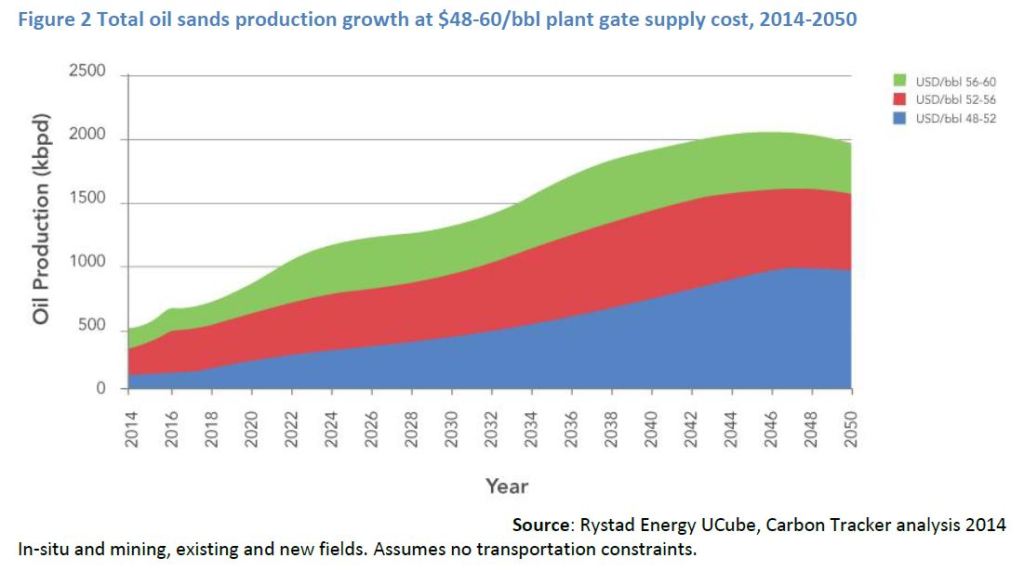 As confirmed by analyst reports, KXL is significant for oil companies who are relying on the pipeline to get improve the economics of their projects enough to make them viable. There is over 510kbpd of bitumen production which would benefit from even the narrowest improvement of margins. Once diluted for transport, this would be equivalent to the 730kbpd of KXL capacity earmarked for oil sands production.

KXL enabled production will produce lifecycle emissions of around 5 billion tonnes of carbon dioxide through to 2050. This output from a single pipeline is equivalent to the total carbon pollution from the whole of the United States in 2013.

The FSEIS did not consider the IEA’s global 450ppm low emissions scenario, which is in line with global efforts to limit carbon emissions. The capacity of KXL is equivalent to the net oil production growth for the entire OECD Americas region under the IEA 450ppm scenario. This makes it significant in the context of future production plans for the US and Canada.

In this report the State Department concluded that by tapping into the oil sands, KXL would produce more greenhouse gases, but that blocking the project would not prevent development of those resources. Remember in June 2013 President Obama set the significance test by stating he would sign off KXL if it ‘does not significantly exacerbate the climate problem’.

The FSEIS stated that KXL ‘is unlikely to significantly affect the rate of extraction in oil sands areas (based on expected oil prices, oil-sands supply costs and supply-demand scenarios’. It is a number of these assumptions that Carbon Tracker contest.

Carbon Tracker released its first report on KXL. This revealed approval of the controversial Keystone XL (KXL) pipeline would only have a marginal positive impact of the economics of the Canadian oil-sands industry, but could trigger a rush of investment into additional risky high-cost, high-carbon projects, dependent on rising oil prices. Download the report here

Keystone XL Pipeline: A Potential Mirage for Oil-sands Investors shows ‘new Canadian oil-sands development is increasingly economically questionable without the additional export capacity that pipelines such as KXL would bring’, says Mark Lewis, external research advisor to Carbon Tracker. ‘But the vision of improved prices it promises could quickly be wiped out by increasing costs, meaning investors who believed the mirage of improved oil-sands economics with KXL will be left disappointed’.

Oil sands in situ projects currently under consideration need above $65/barrel net-present value (NPV) to break-even according to Rystad Energy. Given the discounted price Western Canada Select (WCS) output achieves, these projects will not produce a profit. 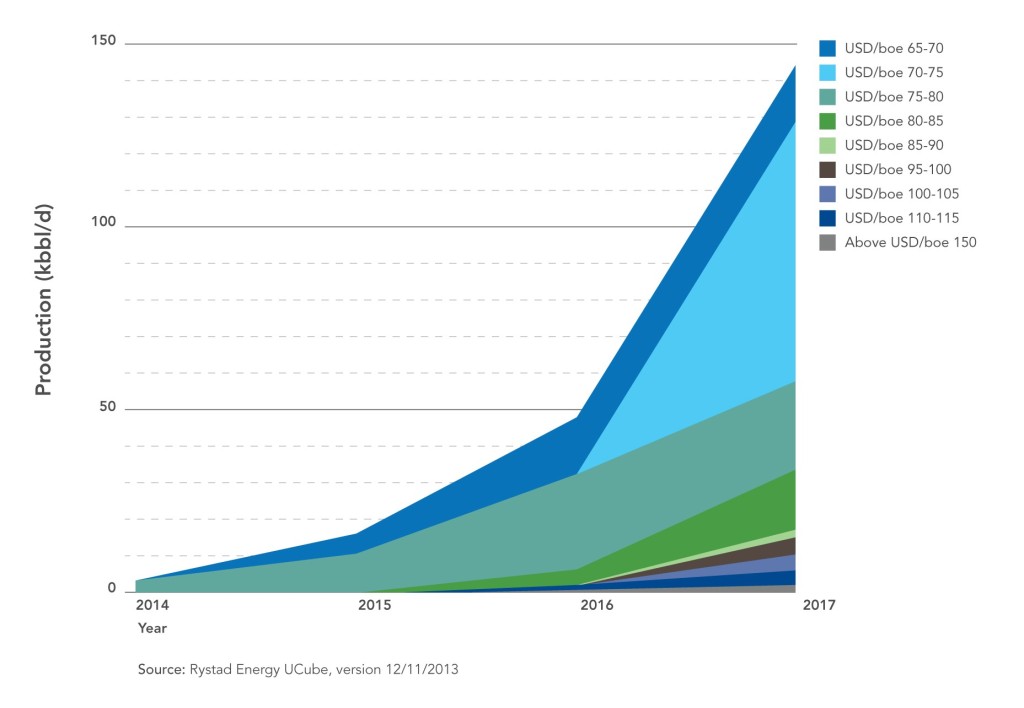 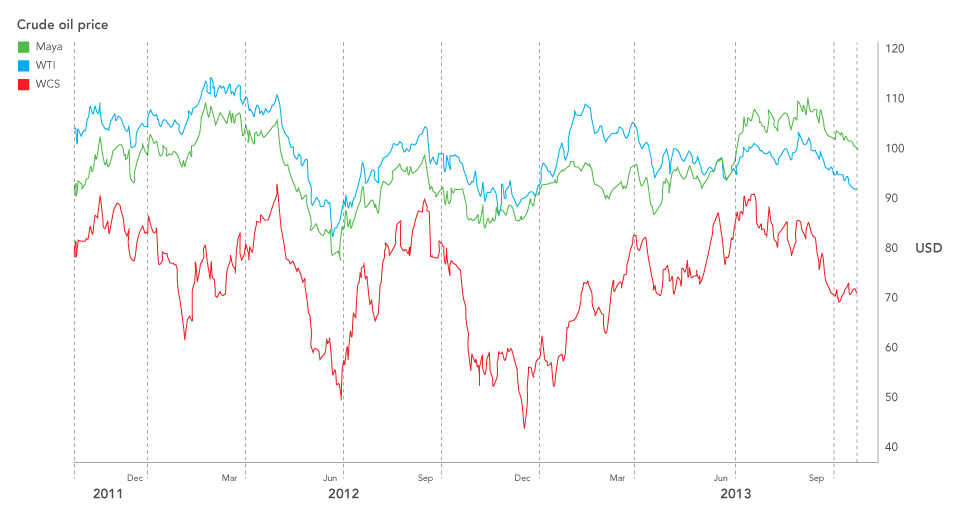 However, it is not clear that the margin will improve given the cost increases that will accompany the uplift in price. Production with KXL will incur greater pipeline transit and diluent costs reducing this uplift to around $5.5/barrel. This leaves only a few dollars margin to absorb other factors such as potential carbon offset costs, likely inflation in labour, materials and energy costs.

This makes it questionable that the margins will improve sufficiently to make even the lowest cost $65/barrel projects provide sufficient returns for investors. Investment in heavy oil refining capacity will also need to be factored in if production increases.

The economics of rail are no more promising than KXL. It is not clear that sufficient commitments are in place to utilise new capacity at the current cost levels. The volumes that could be brought on stream are also not likely to be equivalent to the time and scale of a pipeline such as KXL.

KXL and rail are additional export routes to the current limited infrastructure. The export capacity is the limiting factor to production – which the industry body figures show could utilise all mooted pipeline routes and increased rail capacity. KXL would mean more production sooner, which is evidenced by analysts giving oil sands producers higher valuations with KXL.

However, as co-advisor Mark Fulton says, ‘KXL will improve revenues in the short-term which means that it will help catalyse new investment, more oil-sands production and additional greenhouse gas emissions’. This is confirmed by the Canadian government offering to offset these emissions, which further undermine KXL’s economic benefit.

KXL-enabled production will mean more revenues for oil sands producers, which will improve the market’s view of the value and creditworthiness of the companies. This will help them access capital, or reduce its cost, which will facilitate further investment in the oil sands, leading to more production and therefore more emissions. However, this in turn will put upward pressure on costs in Alberta, and soon exhaust the additional transportation capacity the pipeline would provide, as the diagram below illustrates, further depressing prices. 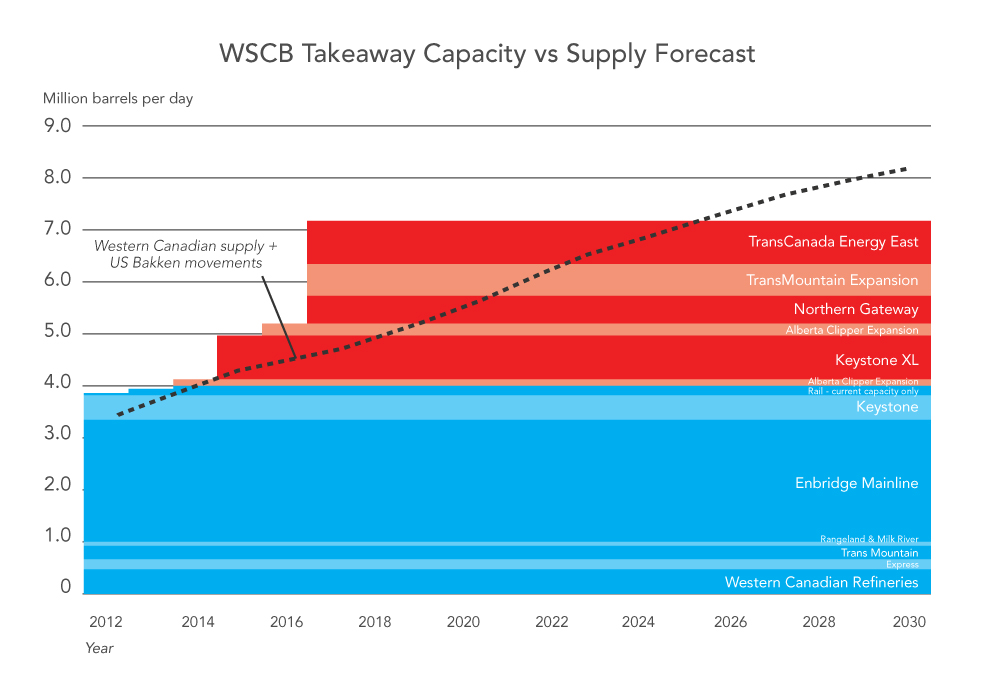 KXL constitutes a mirage that may tempt investment in greater production in search of higher margins, which are not likely to materialise without continued upward movement in oil prices. KXL could provide some temporary relief to oil sands export constraints, which will stimulate the cycle of investment again, which either will lead to increased emissions or stranded assets in the future.

The analysis follows Carbon Tracker’s recent collaboration with CERES to co-ordinate a group of large investors to engage with companies on stress-testing their capital expenditure plans against a range of price and emissions scenarios. With the context of these considerations, James Leaton notes that ‘oil sands are high-cost, high-carbon projects, being proposed at a time when both costs and emissions are under pressure to shrink; as such they should immediately hit an investor’s higher-risk screen’. 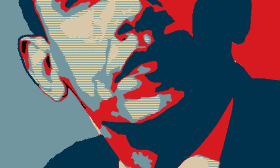 Over the past 18 months the Carbon Tracker Initiative has written a...