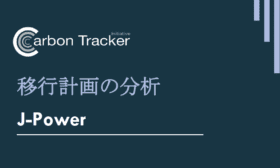 We focus our analysis on the domestic coal generation assets of J-Power as this is by far the most relevant portion of the company’s business from an emissions perspective, which is under their control, and is the most at risk from the energy transition. To assess whether a company is on target to achieve net zero emissions by 2050 we use a Net Zero Emissions by 2050 (NZE50) scenario as an alternative climate pathway to business-as-usual (BAU).

J-Power has established “J-POWER Blue Mission 2050”, with the goal of meeting the challenge of making its power generation business carbon-neutral by 2050. We think its current targets have insufficient coal phase out plans, instead focusing on extending coal plant lifetimes by relying on carbon capture and storage (CCS) and ammonia co-firing. In addition, the company has no plans to reduce gas and has limited plans for its renewables business.

We acknowledge the company is to a large degree being guided by targets set by METI under its sixth strategic energy plan[1], which still sees a prominent role for coal and gas (LNG) by 2030. Together, these fuels are expected to contribute almost 40% to power generation even under an ambitious renewables scenario. 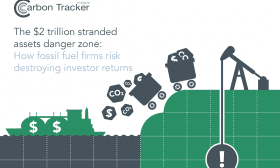 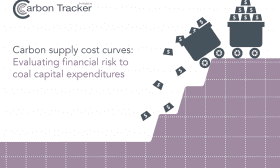