With 46 GW of renewable energy capacity, Enel is the largest private operator of renewable energy globally. [i] [ii] Enel also has a non-trivial amount of coal capacity, representing 12 GW or 15%[iii] of its total operating capacity. According to Carbon Tracker analysis, Enel’s coal capacity has been undermined by higher carbon prices in Europe and lower cost alternatives such as wind and solar.[iv]

“The Enel Group’s long-term goal is the full decarbonization of its generation mix by 2050, with a series of intermediate targets such as the completion of the phase-out of coal in Italy by 2025 and globally by 2030”. [vi]

Of the 12-remaining coal-fired units in operation, only two units, Alcúdia’s units 3 and 4, do not have official retirement dates assigned to them due to regulatory constraints. Specifically, according to the Government of the Balearic Islands:

“The agreement reached after talks between the company [Enel], the Govern and the Ministry of Ecological Transition consists of the closure of groups 1 and 2 of the Alcúdia Thermal Power Plant as of January 1, 2020, and as of this date, Groups 3 and 4 will be in operation for a maximum of 1,500 hours per year until August 2021. From this date and until 2025 (or until the date of the arrival of the second link with the peninsula, already included in State Planning), the Groups 3 and 4 will only work a maximum of 500 hours per year.”

Based on this information coupled with Enel’s intention to exit coal by 2030, we are assuming these units will close down by 2025. Given 2025 is five years earlier than 2030, the date the International Energy Agency’s Beyond 2 Degrees Scenario recommends to phase-out unabated coal in the EU28, we are now satisfied Enel’s coal fired generation activities are aligned with the temperature goal in the Paris Agreement.

We applaud Enel for this achievement who now join 8 other utilities[vii] within the Climate Action 100+ Initiative[viii] to align their coal generation activities with the temperature goal in the Paris Agreement. We look forward to working with Enel and its shareholders to reduce its reliance on gas generation in a manner consistent with the Paris Agreement.

[i] Based on the World Electric Power Plants Database, December 2019

[ii] The figure includes 5 GW of capacity from other renewable sources such as geothermal, biomass and waste heat.

[iii] Based on the World Electric Power Plants Database, December 2019.

Over 70% of some of world’s biggest corporate emitters failed to disclose the effects...

Gain not pain: why COP must move the narrative forward

The world has changed a lot since Paris; so too should the logic of climate... 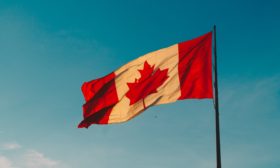 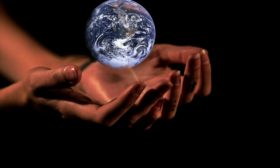